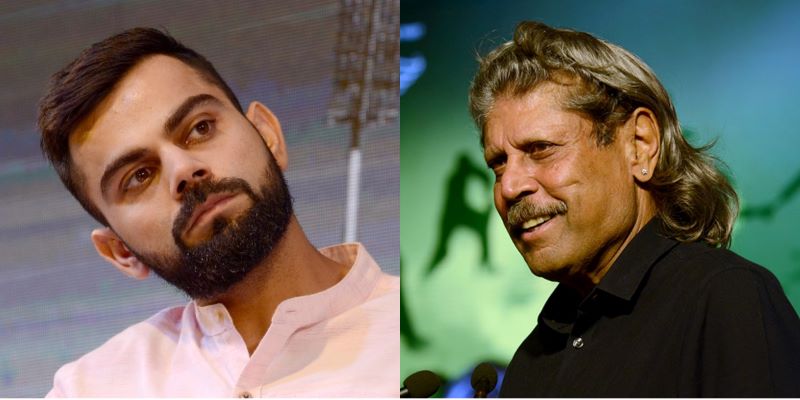 If Ashwin can be dropped, why not Virat Kohli, questions Kapil Dev

Indian star batsman Virat Kohli's batting performance across all formats have come under the scanner as the cricket maestro is unable to flourish in 22 yards as well as he has failed to score a ton since 2019.

"Yes, now the situation is such that you might be forced to bench Kohli from T20 playing eleven. If world No. 2 bowler Ashwin can be dropped from Test side then (once upon a time) world No. 1 batter can also be dropped," Kapil Dev told ABP News.

"Virat is not batting at a level which we have seen him do over the years. He has made a name because of his performances but if he isn’t performing, then you can’t keep the performing youngsters out of the team," the cricket legend added.

Kohli's return to the Indian team for the second T20I against England Saturday will mean someone will be dropped from the squad.

Kapil Dev, who feels Kohli's present performance is just a shadow of his old self, said selections should be based on current form and not past reputation.