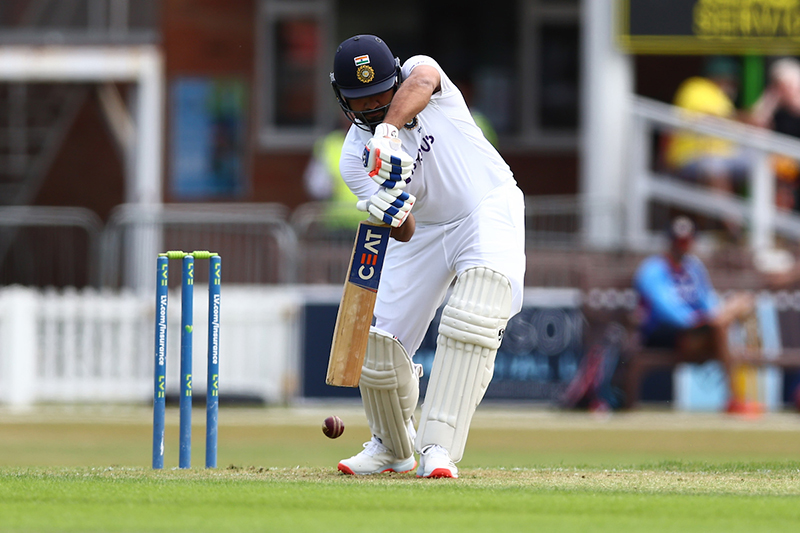 Rohit Sharma not yet ruled out of Edgbaston Test: Rahul Dravid

"The update on Rohit is that he is being monitored by our medical team – he has not yet been ruled out," Dravid told reporters in a virtual press conference ahead of the postponed 5th Test between India and England.

"He needs to get the negative test to be available. We will keep monitoring that. We have still got close to 36 hours to go, so he will have a test later tonight and one tomorrow morning as well. And then we will see," he said.

"Obviously, he will have to come out of that. It is really up to the medical team to decide on that. We have not had a chance to see him as he is in isolation, but we will keep monitoring that situation.”

India are sweating on the availability of regular captain Rohit Sharma, who tested positive for Covid-19 last week.

Mayank Agarwal, the opener, was flown in as batting cover, but India will wait till the eve of the match, starting Jul 1, before making a call on Sharma, who is set to undergo two more tests.

When asked whether Jasprit Bumrah was in line to take up the captaincy role should Rohit be unavailable, Dravid refused to comment.

"It’s probably better that the communication comes officially from official sources," he said.

"Once we have exact clarity on Rohit, you’ll hear something from the official sources. It’s not for me to give out official communication."

India are on the brink of securing their first Test series victory in England since 2007.

However, they face an England side riding high on momentum under the new leadership of coach Brendon McCullum and captain Ben Stokes.

They swept New Zealand – the reigning ICC World Test Championship winners – 3-0 at home while India will only have played one warm-up match against Leicestershire heading into the Test.

England have adopted a high-risk, high-reward strategy under McCullum and Stokes, a move that helped them secure convincing victories against New Zealand, but Dravid believed irrespective of the approach England adopted, India would have opportunities.

"Any which way they play gives us opportunities, to be honest. We are leading the series 2-1," he said.

“To be honest with you, we’ve been on a pretty positive side as well. We were second in the World Test Championship cycle last year, this year we find ourselves third in the table, just underneath the top two. We’ve been pretty successful in getting 20 wickets and winning Test matches. That for me is positive cricket as well."

All eyes will be on former captain Virat Kohli.

The 33-year old has been in something of a rut, failing to score a century in international cricket since 2019, but Dravid suggested Kohli was the victim of his own lofty standards.

Dravid said, "He’s an incredibly fit guy, one of the most hard-working I’ve ever come across – his desire, his hunger, his attitude to looking after himself, his preparation."

"Even the way he played the game against Leicester, in the kind of conditions out there, scoring the 50-60 he did. He’s ticking all the right boxes, he’s doing what he needs to do to come out of it."

"As players, you go through these sorts of phases. I don’t think in Virat’s case it’s any lack of motivation. It’s not so much about focussing on those three figures. Even a 70 on a difficult wicket in Cape Town, I thought it was a very good innings, even if it didn’t convert into a three-figure score.

"A guy like him, the kind of standards he’s set and the number of hundreds he’s scored, people only see hundreds as a success. But for me, from a coach’s perspective, we want match-winning contributions from him, whether that’s a 50 or a 60."