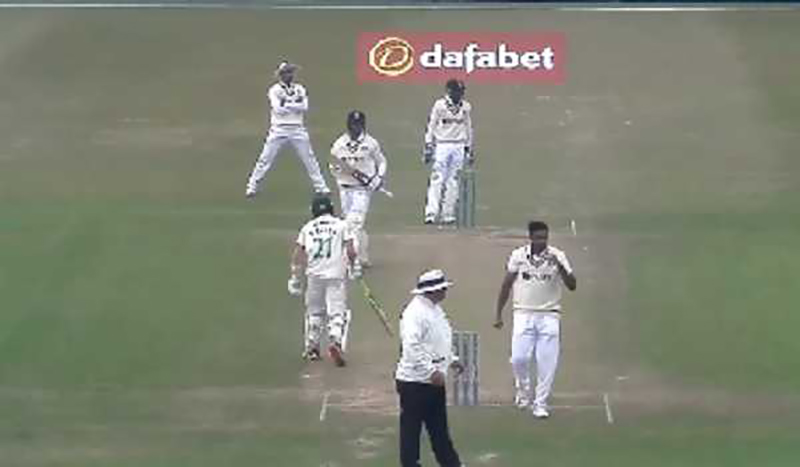 Leicester/UNI: Ravichandran Ashwin made a welcome return after his Covid-19 isolation to bowl and pick two wickets on the final day of India’s tour match against a Leicestershire XI.

The match between an Indian XI and Leicestershire officially ended in a draw, with the home side 219/4 and over a hundred runs short in the evening session when the captains shook hands.

But in truth this four-day encounter was far from a competitive affair, with India using it as a prime opportunity to get their Test squad some time out in the middle ahead of the upcoming rescheduled fifth Test against England at Edgbaston.

The fourth day was no exception, with Jasprit Bumrah bowling for both teams as he got some overs under his belt.

The Indian quick, who can captain the side if Rohit Sharma is unable to feature in Birmingham, bowled 29 overs in total in the match.

Mohammed Shami also looked in fine form, sending down a fiery spell before being given a deserved rest with England in mind.

Ashwin did not make the XI for any of India’s four Tests against England last summer, but could well make the cut for the rescheduled fifth Test given he's proven his fitness.

Ashwin had been a late arrival to England after testing positive for Covid just prior to travel, but was cleared to play on the fourth day and got straight into the action, bowling 11 tidy overs and picking up two wickets, reported ICC.

The spinner had Leicestershire’s captain Sam Evans stumped, but it was the wicket of Gill that would have given him the most joy on the day, making a subtle change to the field, tossing the ball up and luring the opener straight into his trap.

Shubman Gill quickfire 62 at the top of the order for Leicestershire was an encouraging sign on Sunday, with the opener looking in decent nick before he was out thought by Ashwin to bring his 77-ball stay to an end.

In contrast, Hanuma Vihari struggled at times, lacking fluency as he had for much of the warm-up match. The India batter was outperformed by Leicestershire youngster Louis Kimber, who reached his unbeaten half-century before the captains shook hands in Leicester.