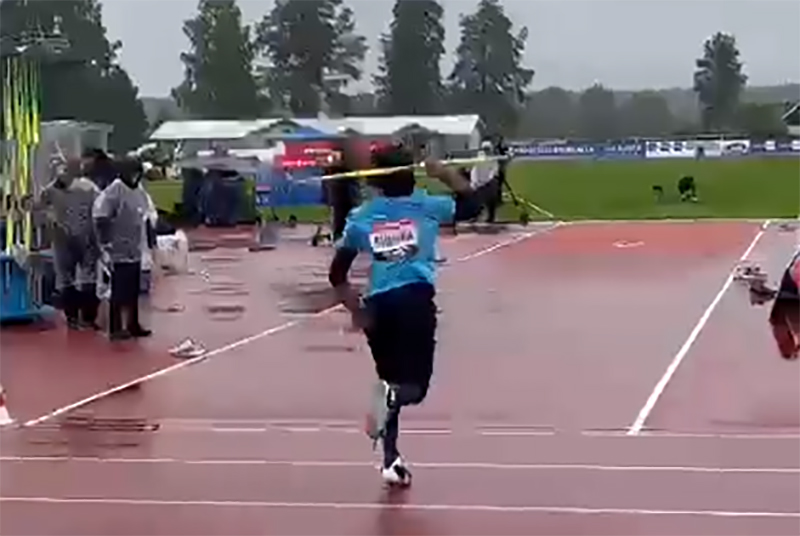 Neeraj Chopra, who had won India's first gold in Tokyo Olympics in track and field, bagged another gold medal in the Javelin throw in the Kuortane Games in Finland with a throw of 86.69 m.

Chopra had recently set a new national record. He registered an 86.69m throw with his first throw.

He made two foul throws and opted out of the last three throws.

Our Champ has done it yet again, winning his 2nd 🏅of the season 💪💪🥳

This was his second tournament since the Tokyo Olympics where he won the first gold for India in athletics.

Chopra's powerful start came in rainy conditions but he made an intentional foul in his next throw. As he went for his third attempt, he suffered a nasty slip, following which he tried no more.

Earlier in the week, Chopra won the silver medal at the Paavo Nurmi Games, when he also broke his own national record with a throw of 89.30m.

Chopra is now getting ready to participate in the Stockholm leg of the Diamond League on June 30.