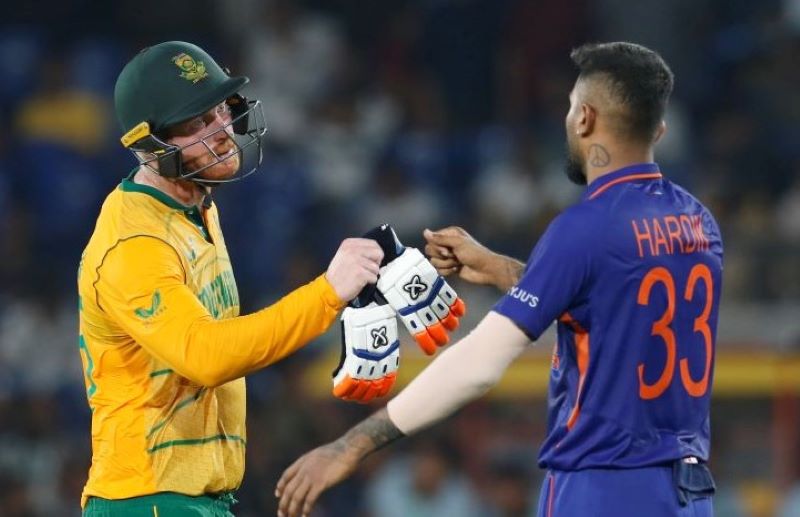 Chasing a target of 149, South Africa scored the required runs with 10 balls to spare.

Heinrich Klaasen was the top scorer for South Africa with his 46-ball 81.

Earlier losing the toss and being put to bat, India scored 148/6 in 20 overs.

On a day where the Indian batsmen struggled to score big, Shreyas Iyer became Team India's highest run scorer with his 40.

With the win, South Africa are ahead in the five-match series 2-0.