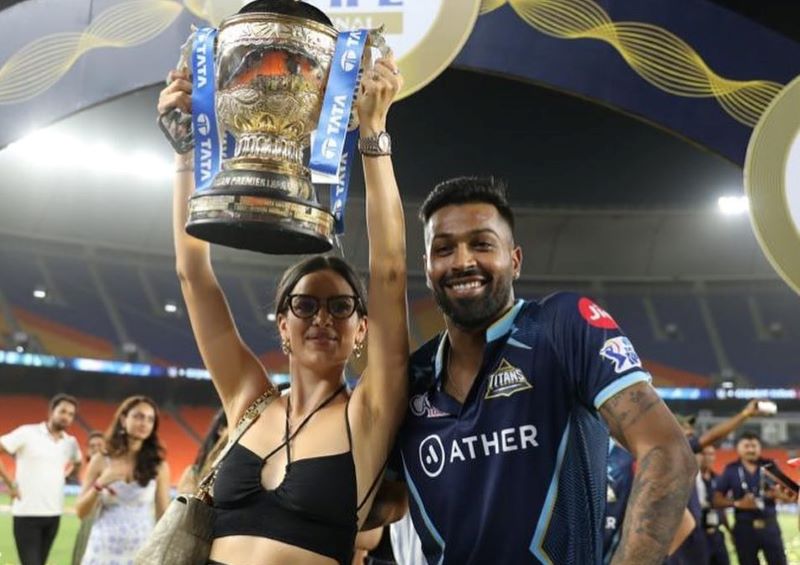 Ahmedabad/IBNS: Indian cricketer Hardik Pandya's dancer-model-actor wife Natasa Stankovic was one of the biggest supporters of Gujarat Titans, who went on to win the Indian Premier League (IPL) in their inaugural season at the Narendra Modi Stadium here Sunday.

Stankovic, a regular spectator in Gujarat matches, basked in joy with her husband after Pandya-led Gujarat outplayed Rajasthan Royals in the IPL final to lift the trophy.

Immediately after Gujarat sealed the victory, Stankovic came down to the ground, hugged Pandya and turned emotional in joy.

Some of the pictures were also shared by Stankovic on her Instagram profile where she says, "What a night! What a win. We love you @hardikpandya93  you deserve this and much more!  #proud #champions. Congratulations team you all were amazing  @gujarat_titans."

Pandya, who was the player of the match in the final, played a key role in Gujarat's victory Sunday with an all-around performance.

After picking three wickets for 17 runs in four overs, Pandya went on to score a crucial 34 off 30 balls in a low scoring match, which was tilted towards Gujarat throughout.