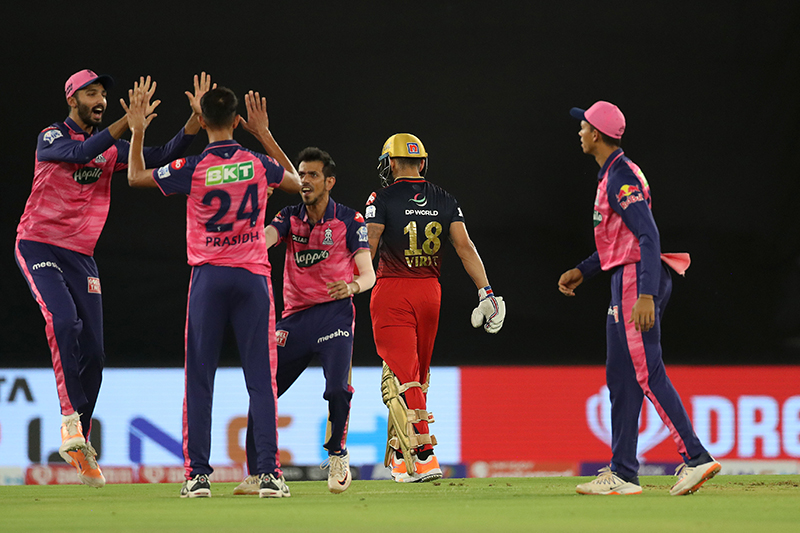 Virat Kohli probably made more mistakes this IPL season than in his entire career: Virender Sehwag

Ahmedabad/IBNS: The Indian Premier League (IPL) 2022 has been a forgettable season for cricket maestro Virat Kohli, whose dull form has worried his fans as well as experts.

Commenting on Kohli's form and his way of dismissals, former Indian cricketer Virender Sehwag said during Cricbuzz's mid-innings show, "When you are out of form, you are just trying to middle every ball to get confidence. In the first over, he did let go of some deliveries, but this is exactly what happens when you are not in form, you go chasing after balls.

"Sometimes luck favours you, the ball does not catch the edge of your bat. But it did not happen this way. This is not the Virat Kohli we know; this is perhaps some other Virat Kohli this season."

"The number of mistakes he has made this season, he probably has not made as many in his entire career. When you are not scoring runs, you try to do different things and then you are dismissed in different ways. This time, Virat Kohli has been dismissed in all the ways possible.

"He could have possibly let go of that ball or he could have gone hard at it. He disappointed his fans and RCB fans, it was such a big match," he added.

Royal Challengers Bangalore, for whom Kohli plays in the IPL, crashed out of this year's tournament after suffering a seven-wicket defeat in the hands of Rajasthan Royals in the second qualifier Friday.