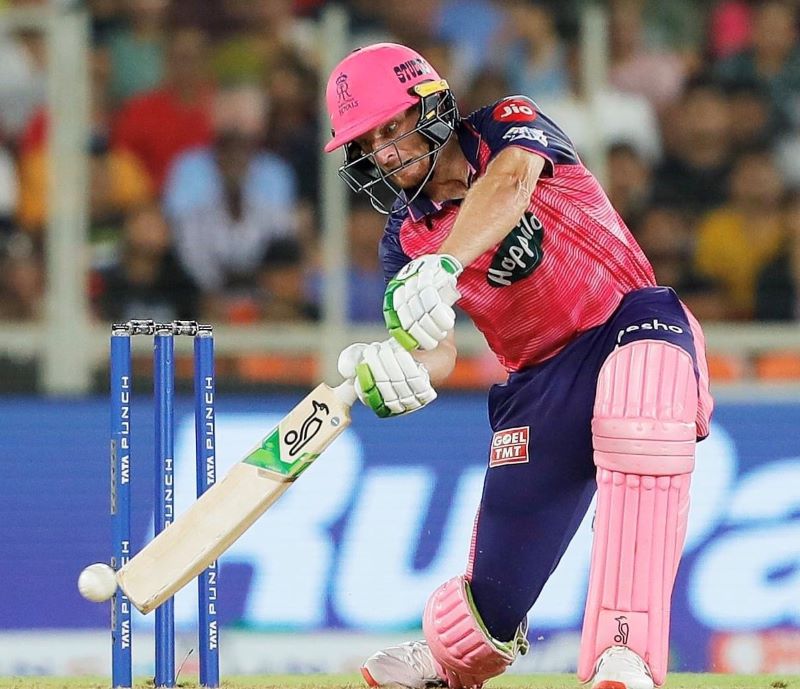 The chase of 158 looked quite easy with Buttler remaining unbeaten at 106 off 60 balls, courtesy of 10 fours and six sixes in his innings which helped Rajasthan score 161/3 in 18.1 overs.

Clinical performance by @IamSanjuSamson & Co. as they beat #RCB by 7⃣ wickets & march into the #TATAIPL 2022 Final. 👍 👍 #RRvRCB

Bangalore were out of the match straight away in the second innings with Buttler going for big shots to only get complimented first by Yashasvi Jaiswal (21 off 13 balls) and later skipper Sanju Samson (23 off 21 balls).

On a quite upsetting day, Bangalore started off poorly losing Virat Kohli once again cheaply (seven runs) but the innings was stabilised by Rajat Patidar (58 off 42 balls) and skipper Faf du Plessis (25 off 27 balls).

After Faf's dismissal, Australian Glenn Maxwell scored an important 24 off 13 balls but all they could add was 157/8 in 20 overs.

Rajasthan will take on Gujarat Titans in the final scheduled to be held Sunday.