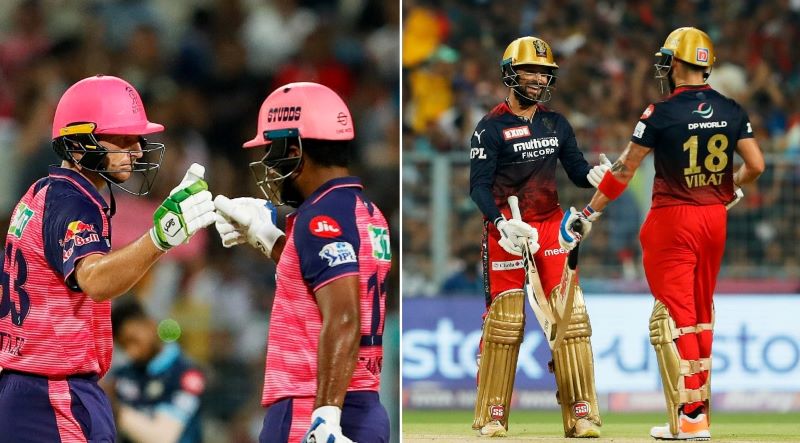 Ahmedabad/IBNS: In the penultimate contest of the Indian Premier League (2022), Rajasthan Royals will lock horns with Royal Challengers Bangalore in the second qualifier of the playoffs at the Narendra Modi International Stadium here Friday.

Bangalore entered the second qualifier defeating Lucknow Super Giants by 14 runs in a clash which was held at the Eden Gardens in Kolkata Wednesday.

Bangalore are spirited by an unbeaten century by Rajat Patidar and Josh Hazlewood's match winning three-wicket haul in their previous match.

Rajasthan are made to play the second qualifier after they were denied a victory by Gujarat Titans, who are already in the final.

Former South African cricketer Graeme Smith believes the qualifier two will be a cracker of a contest.

Smith - who has been a part of the Rajasthan side in the past - reckons the pressure will be on the Sanju Samson-led side as they are heading into the game on the back of a defeat.

Speaking on Cricket Live on Star Sports, Smith said, "I think the challenge will be on Rajasthan Royals after their disappointing loss against Gujarat Titans (in Qualifier 1). They must be hurt. Can they pick themselves up? RCB on the other hand are on a high. They'll be keen to turn it around and put back a high skill level in the game. So, I agree with Ravi that we are going to have a cracker of a game on Friday night."

On the two teams' prospects, former Indian head coach Ravi Shastri said, "It's been 14 years for RCB (as they've never owned that elusive silverware) and 13 years since Rajasthan won their last title in the inaugural season.

"So between the two of them, it's been 27 years (laughs). They both want it badly and it will be a battle of Royals. Let's wait for that one. It's going to be a great contest as both the teams would want to win it badly."