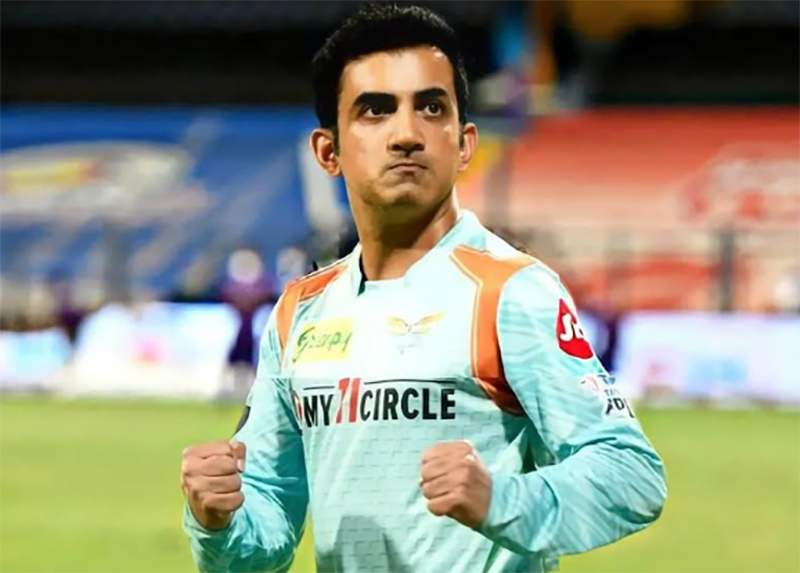 Kolkata/IBNS: Lucknow Super Giants mentor Gautam Gambhir was undoubtedly instrumental in bringing the best of the franchise, which made their debut in the Indian Premier League (IPL) in 2022.

As Lucknow crashed out of the tournament Wednesday, Gambhir exuded confidence in his team promising "stronger" performance in the next year's IPL.

Gambhir wrote on Instagram, "Hard luck today but a great tournament for our new team. We’ll come back stronger….Until we meet again!"

An unbeaten century by Rajat Patidar and a three-wicket haul by Josh Hazlewood ended Lucknow's journey in the IPL 2022, winning the eliminator match of the playoffs for Bangalore by 14 runs at Kolkata's Eden Gardens last night.

Chasing a target of 208 never gets easy for a team but skipper KL Rahul, who was sent back at a crucial time by Hazlewood for 79 off 58 balls, and Deepak Hooda, who scored a quick 45 off 26 balls, had kept Lucknow in the hunt to upset Bangalore's equations.

However with no support from elsewhere in the match which saw Lucknow's sloppy fielding too, Rahul's dismissal in the 19th over derailed the blue brigade's run chase.