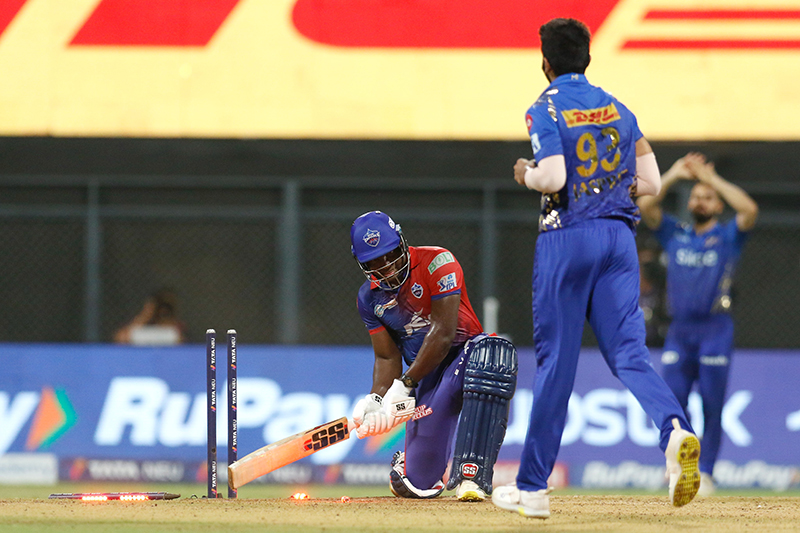 Chasing a target of 160, Mumbai, who had a forgettable run in this year's IPL, scored the required run in 19.1 overs with five wickets in hand.

Mumbai's win was orchestrated by Ishan Kishan, who slammed 48 off 35 balls besides Dewald Brevis' 37 and Tim David's 34.

Rovman Powell was the top scorer for Delhi with his 34-ball 43 followed by skipper Rishabh Pant, who scored 39 off 33 balls.

The four teams which have qualified for the playoffs are Gujarat Titans, Rajasthan Royals, Lucknow Super Giants and Royal Challengers Bangalore.