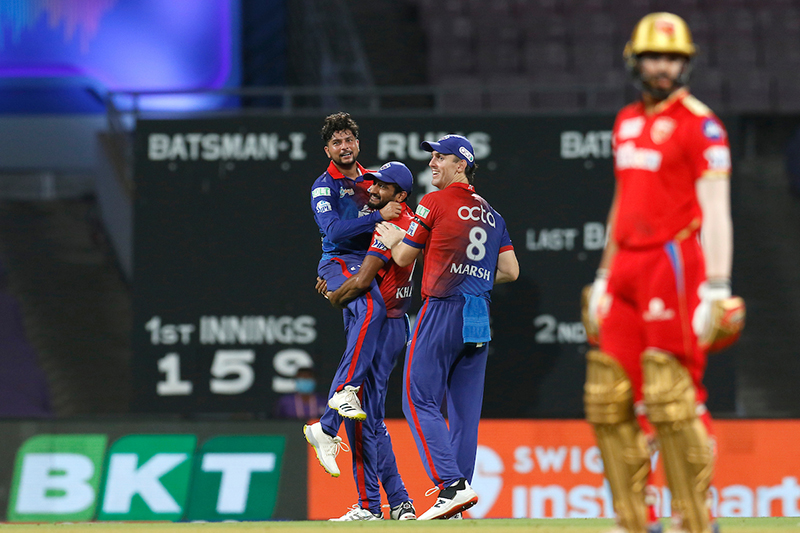 Mumbai/IBNS: A 17-run win by Delhi Capitals over Punjab Kings in one of the ending matches of the Indian Premier League (IPL) took them to the crucial top four bracket of the table.

Punjab looked never confident in the run chase losing back to back wickets until wicketkeeper-batsman Jitesh Sharma counter attacked the Delhi bowlers, partnering Rahul Chahar, who remained unbeaten at 25 off 24 balls.

Sharma was chasing the target aggressively but all went in vain when he was picked by Shardul Thakur for 44 off 34 balls.

Thakur was the most impressive bowler of the match picking four wickets for 36 runs in four overs.

With 14 points from 13 matches in their kitty, Delhi are placed well in the top four with one match to go.