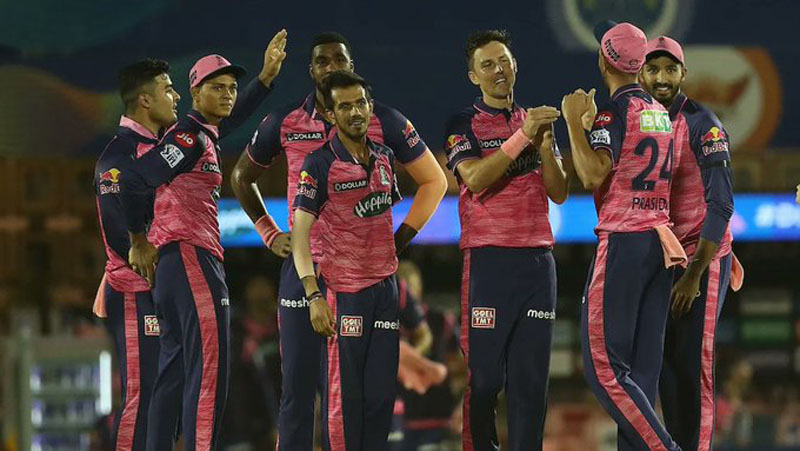 Trent Boult's two quick strikes put Lucknow on the backfoot early on when he scalped opener Quinton de Kock and Ayush Badoni in successive balls, before Krunal Pandya and Deepak Hooda steadied the LSG innings with their solid half-century stand.

Deepak Hooda scored his fourth fifty in IPL 2022, but his efforts weren't enough as Lucknow were restricted to 154/8 in 20 overs.

Earlier skipper Sanju Samson won the toss and chose to bat. Yashasvi Jaiswal top-scored with 41 of 29 balls for Rajasthan Royals while Devdutt Padikkal smashed his way to an 18-ball 39 as Rajasthan Royals posted 178 for six setting a target of 179 to win for the Lucknow Super Giants.

Skipper Samson made a solid 32 off 24 balls. Ravi Bishnoi was the most successful bowler for LSG, picking 2/31 in four overs. For RR Boult, Krishna and McCoy took two wickets each to ensure that their team moved to the second position in the standings.