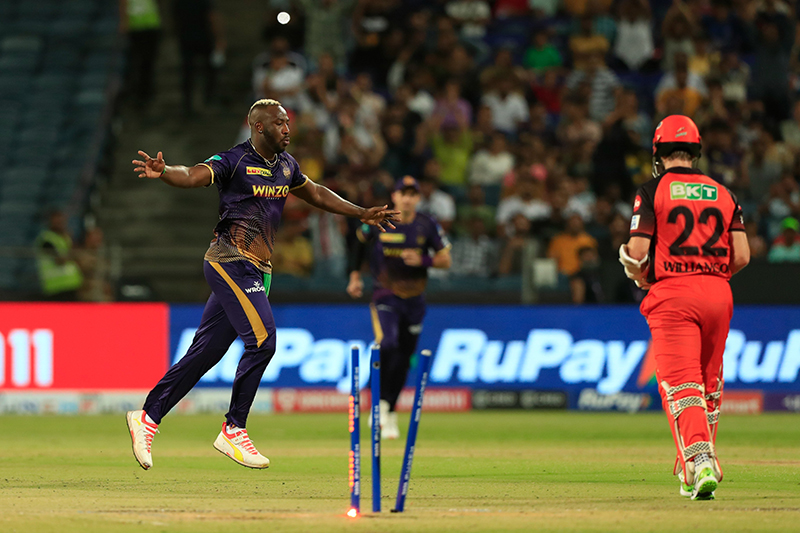 Pune/IBNS: An allround performance by Andre Russell powered Kolkata Knight Riders to register a mammoth 54-run win over Sunrisers Hyderabad here Saturday in a bid to remain alive in the race to reach the Indian Premier League (IPL) playoffs.

Batting first, Kolkata, who had stumbled in the middle losing back to back wickets, were anchored by Russell, who slammed an unbeaten 49 off 28 balls.

After with bat, Russell did the trick with the ball too as he picked three wickets for 22 runs making the Knight' job easier.

Except Abhishek Sharma's 43 off 28 balls upfront and Aiden Markram's 32 off 25 balls, Hyderabad were nowhere in the run chase ending up scoring only 123/8 in 20 overs.

With the win, Kolkata are now placed in the sixth position with 12 points from 13 matches with an improved net run rate.