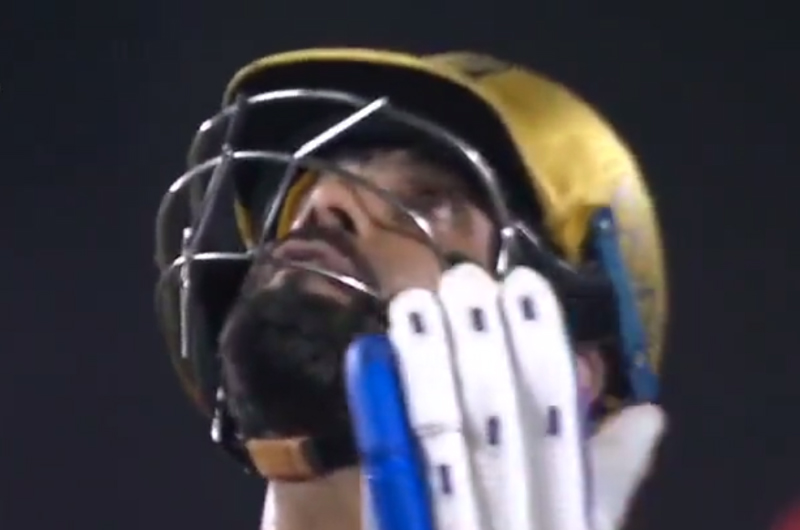 What else do you want me to do? Virat Kohli cries out looking up at the sky in PBKS match

Mumbai/IBNS: Batting maestro Virat Kohli's lean patch with the bat seems far from being over as the former Royal Challengers Bangalore captain once again failed to score a respectable figure in an Indian Premier League (IPL) against Punjab Kings Friday.

Quite frustrated at getting dismissed scoring 20 off 14 balls, Kohli looked up at the sky saying as can be understood reading his lips, "What else do you want me to do? F**k me."

Kohli has already been dismissed at ducks multiple times in this season of Indian Premier League (IPL).

Not just in the IPL, Kohli, who has scored a single half century in this season of the T20 tournament, was suffering from off-form in international cricket too before the commencement of the IPL 2022.

Former Indian head coach Ravi Shastri has already suggested to Kohli to take a break to return to his form.

Shastri, who is known to be close to Kohli, said, "When I was coach at the time when this first started, the first thing I said wasWhether it's 2 months or a month-and-a-half, whether it's after England or before England."

"He needs a break because he has got 6-7 years of cricket left in him and you don't want to lose that with a fried brain. He is not the only one. There might be 1 or 2 in world cricket going through the same."