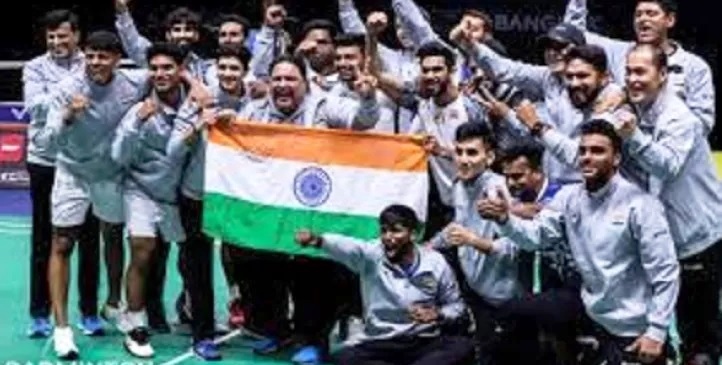 India, playing their first Thomas Cup semi-final in 43 years, kicked off their last-four fixture with Lakshya Sen facing off against world No.1 and Olympic champion Viktor Axelsen.

The Indian shuttler started the match well but Axelsen soon took charge and cruised to a comfortable win in the first game.

Sen managed to produce some breathtaking moments in the second game but was not consistent enough to worry the Dane, who clinched the first rubber 21-13, 21-13.

Doubles duo of Chirag Shetty and Satwiksairaj Rankireddy got India back into the tie, beating Kim Astrup and Mathias Christiansen 21-18, 21-23, 22-20 in an hour and 17-minute-long marathon.

With the final singles tie set up as the decider, HS Prannoy, who had produced a clutch win against Malaysia in the quarters, stepped up against Rasmus Gemke.

Though suffering an ankle injury early in the contest, Prannoy produced a remarkable 13-21, 21-9, 21-12 come-from-behind victory to see India past the finish line.