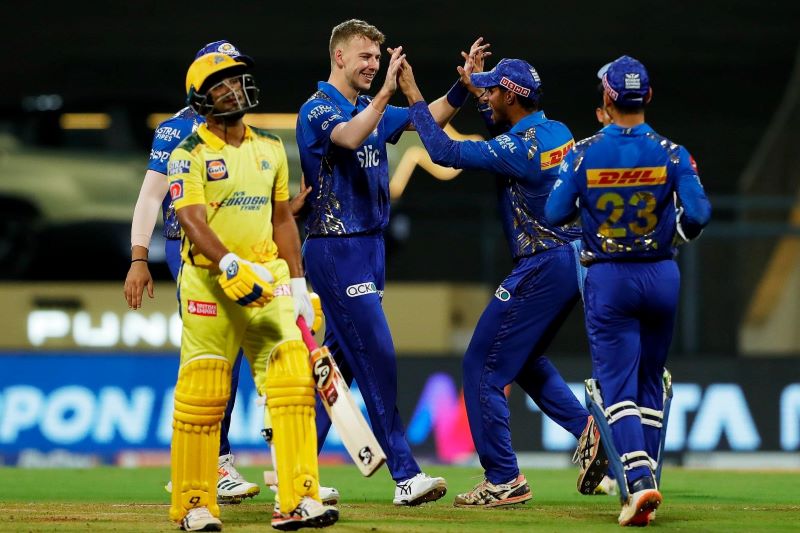 Chennai Super Kings lose to Mumbai Indians by 5 wickets, crash out of IPL 2022

Mumbai/IBNS: Mahendra Singh Dhoni's Chennai Super Kings were outplayed by Mumbai Indians by five wickets at the Wankhede Stadium here Thursday, exhausting their all possible chances to make it to the Indian Premier League (IPL) playoffs.

After a forgettable performance against Kolkata Knight Riders, Mumbai, led by Rohit Sharma, came back strong to bowl out the defending champions for only 97, which is one of the lowest totals in this year's tournament.

On a day of batting collapse, Dhoni remained unbeaten at 36 off 33 balls while Daniel Sams picked three wickets for 16 runs in four overs for Mumbai.

Chennai scared Mumbai while defending the total as Sharma's team were reduced to 33/4 at one stage with the yellow brigade's pace bowler Mukesh Choudhary picking three wickets in a hurry.

However, Chennai's bid to create a miracle was thwarted by young Tilak Varma, who maintained calm and remained unbeaten at 34 off 32 balls along with Tim David (16 off seven balls) to take his team to the winning score.