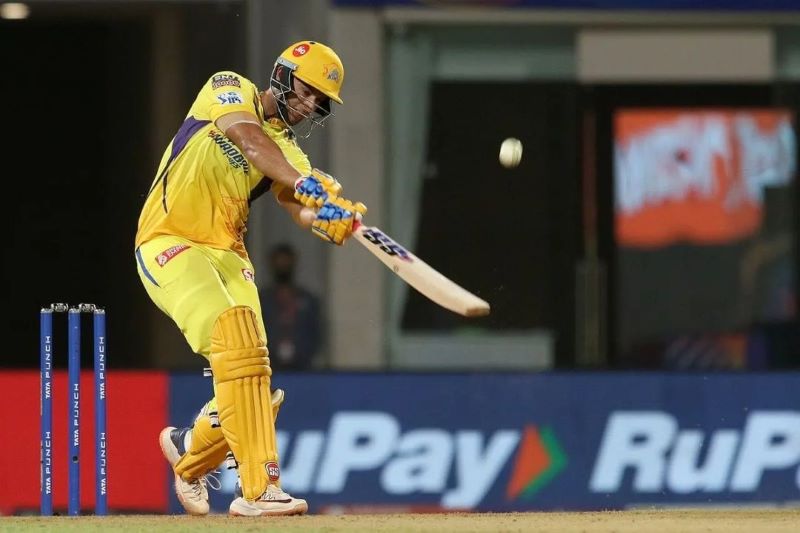 Chennai Super Kings' young India all-rounder Shivam Dube has been garnering a lot of praise for hitting big sixes whenever he's sent in to bat higher in the batting order in IPL 2022.

In the nine games he has played in the most exciting IPL season, the talented left-handed batter from Mumbai has scored 279 runs at a strike rate of 160.34.

Former Indian captain Sunil Gavaskar has lauded Dube for his hitting those big sixes and claimed the team management's decision to send him higher in the batting order is helping the southpaw play long and impactful knocks.

Speaking on Cricket Live on Star Sports, Gavaskar said, "His strength is his balance. He stands tall and hits the ball straight. He's a better striker of the ball and a more consistent striker of the ball (this season). That's the secret of him picking up the balance.

"The moment you try and move your foot a little too far across, you'll lose your balance and shape. And most importantly, he's getting the responsibility of batting higher up the order which means he's getting more overs to bat. Earlier, he used to bat down the order for his previous franchises, he could only play five-six overs, you can't score too many runs when you get to play only five-six overs."

Former England cricketer Graeme Swann while referring to Dube's unbeaten 95 off 46 balls against RCB, said the left-handed India batter took the responsibility of a senior player and scored heavily.

Speaking on Cricket Live on Star Sports, Swann said, "Despite being a junior player, Shivam Dube took up the senior's role and batted responsibly. One of the straight sixes he hit in the game against RCB (where he smashed 95*), that was one of the easiest sixes I have seen in cricket. 102 meters over the sight screens, it was ridiculous."

Chennai will take on Mumbai Indians in an IPL match Thursday.