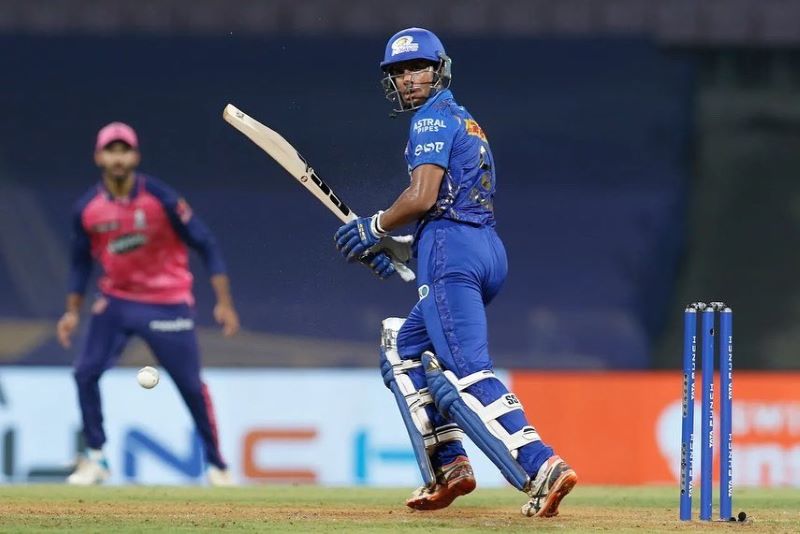 I am very lucky to play for Mumbai Indians: Tilak Varma

Many cricket greats have already been claiming that Mumbai Indians’ emerging talent Tilak Varma is going to make it for Team India after coming across his performance this IPL.

During an interview at the MI TV show, Varma spoke about his cricketing journey and the excitement during the IPL auction.

While speaking during the MI TV on Star Sports, Varma said, "From the 1st day of auction I got myself glued to the TV as I was eagerly waiting for my name to flash on the screen and later when I saw me getting selected for MI team it was a moment of a dream coming true.

"Since childhood, I have been watching Rohit sir, Sachin sir and MI has always managed to come back and win the match in any circumstances so that is the one reason why I like MI so much."

Speaking about his cricketing journey during MI TV on Star Sports, Varma said, "I started my cricket journey when I was just 11 years old.

"My coach, Salam Bayash, is the main person in my life who encouraged me to play cricket and taught me how to play in every situation. He plays a very important role in my life. If it was not him, I wouldn’t have been playing cricket today so all the credit goes to him."

He further spoke about how happy he was being associated with Mumbai Indians during the MI TV on Star Sports.

Varma said, "I am very lucky to play for Mumbai Indians because they had legendary cricketers in the team like Mahela sir, Sachin sir. I am very lucky to be picked by the MI team as I got to learn a lot and also got a chance to implement them in the matches."

During the MI TV show on Star Sports he also spoke about his starstruck moment with Rohit Sharma.

He said, "When the first time I saw Rohit Sharma, I got goosebumps on my arm. I wanted to hug and convey my admiration for him but I was very surprised and nervous when I saw him and at the same time I was a little scared too to interact with him."

Mumbai will take on Chennai Super Kings in an IPL match Thursday.