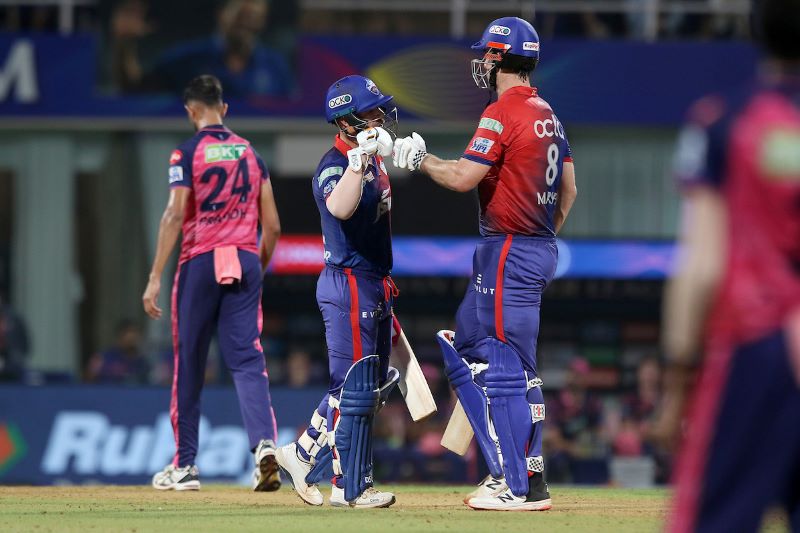 Marsh (89 off 62) and Warner (52 no off 41) took the match deep, which helped the fifth-placed Capitals return to winning ways.

The pair combined to hit 10 boundaries and eight sixes following the early dismissal of Srikar Bharat for a two-ball duck.

Even though Royals' bowlers kept things tight for the Australians initially, the experienced overseas players judged the conditions well and took time before shifting their gears.

Along the way, they hammered purple cap holder Yuzvendra Chahal (1/43) the most.

Chahal took the revenge and denied Marsh a potential century in the first ball of the 18th over. Marsh got a top edge which went to short-fine leg.

The incoming Rishabh Pant whacked two maximums in the same over to take his side just three runs away from victory.

Warner, who was on 49, tried to finish off in style by working through midwicket but Riyan Parag stopped the ball near the fence and Capitals' batters closed the match by running three. Along the way, Warner also brought up his yet another half-century.

After being put into bat, Royals suffered an early blow thanks to Chetan Sakariya and Anrich Nortje's brilliant spells which created pressure on Jos Buttler (7 off 11).

As a result, the Englishman fell in the third over of the match off the bowling of Sakariya. Ashwin walked in at number three and got into the rebuilding act with Yashasvi Jaiswal.

The duo steadily shrugged off the mounting pressure on Royals with their fours and sixes. Marsh ended their blossoming 43-run stand as he removed Jaiswal for run-a-ball 19.

Padikkal joined Ashwin in the middle and the pair stitched a solid 53-run partnership, taking Royals past the 100-run mark. Ashwin brought up his maiden fifty in the 2022 season before departing.

On a Marsh ball, the Indian looked to go up and over the off side but didn't time it and Warner ran from extra cover towards mid-off to dismiss Ashwin.

Nortje picked his second wicket in the name of Padikkal (48 off 30), thanks to a fantastic catch by substitute fielder KL Nagarkoti who ran in from deep point.