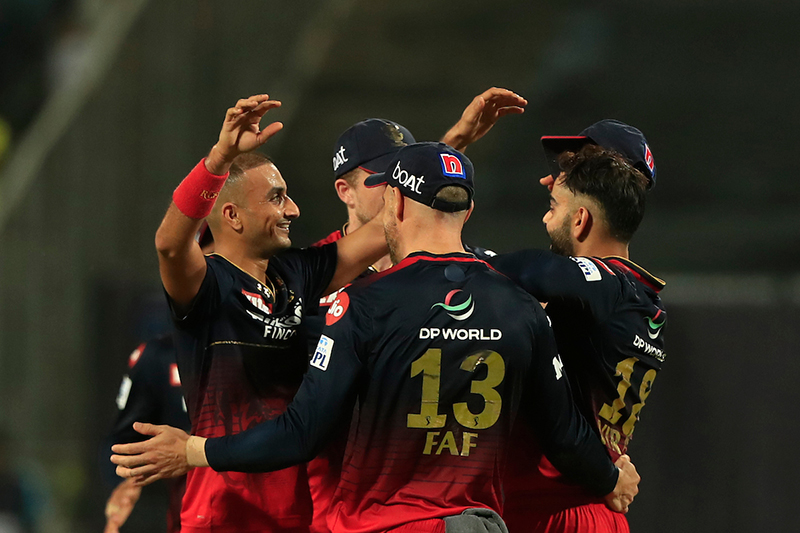 Pune/UNI: Royal Challengers Bangalore (RCB) returned to the top 4 of the IPL 2022 standings after defeating Chennai Super Kings (CSK) by 13 runs here at the MCA Stadium on Wednesday.

MS Dhoni-led CSK had a brilliant start with openers Ruturaj Gaikwad and Devon Conway taking the side to 51 for no loss after the powerplay.

However in the seventh over, Shahbaz Ahmed got the much-needed breakthrough as he dismissed Gaikwad for 28.

On a short ball, the batter went for a pull but got more height than distance and substitute fielder Suyash Prabhudessai ran to his right from long-on to take an impressive diving catch.

The following over saw another dismissal. This time it was Glenn Maxwell who removed Robin Uthappa cheaply for just one.

The Australian added another wicket to his name as he got the better of dangerous Ambati Rayudu for 10, reducing CSK to 75/3 inside 10 overs.

The match-turning moment, however, came in the 15th over when Devon Conway fell for a well-made 56.

The Kiwi batter was caught at deep backward square leg off the bowling of Wanindu Hasaranga, thus ending his 37-innings which was studded with six fours and two maximums.

With both former and current captains Ravindra Jadeja (3) and Dhoni (2) being dismissed cheaply, Moeen Ali was CSK's last hope.

However, Harshal Patel had other plans for the Englishman.

On a slower ball, Moeen ended up giving a catch at extra cover for 34.

RCB at one point were all guns blazing but CSK twisted the tale by stopping the carnage in the middle overs.

RCB got off to a flying start with skipper Faf du Plessis hammering the CSK bowlers.

While du Plessis was on fire, captain cool Dhoni switched to Moeen to get a breakthrough.

And the Englishman fulfilled the duty in the eighth over as he bagged a wicket on his second ball.

Du Plessis pulled but found Jadeja at deep midwicket, thus walking back for 38.

In the next over, Dhoni's lightning-quick saw the back of Maxwell for just 3.

Moeen then returned for his second over and his jaffa sent Virat Kohli packing for 30 off 33.

This was Kohli's second consecutive slow innings, having scored 58 off 53 in his previous outing.

Lomror brought RCB back on track with his two maximums and three boundaries. He along with Rajat Patidar (21 off 15) took RCB to 123 after 15 overs. CSK once again applied pressure.

This time it was Dwaine Pretorius who removed Patidar.

The last five overs saw both sides making the most of the remaining innings. Maheesh Theekshana took three wickets, including Lomror, in quick succession, before Karthik's quickfire took RCB to a competitive total.