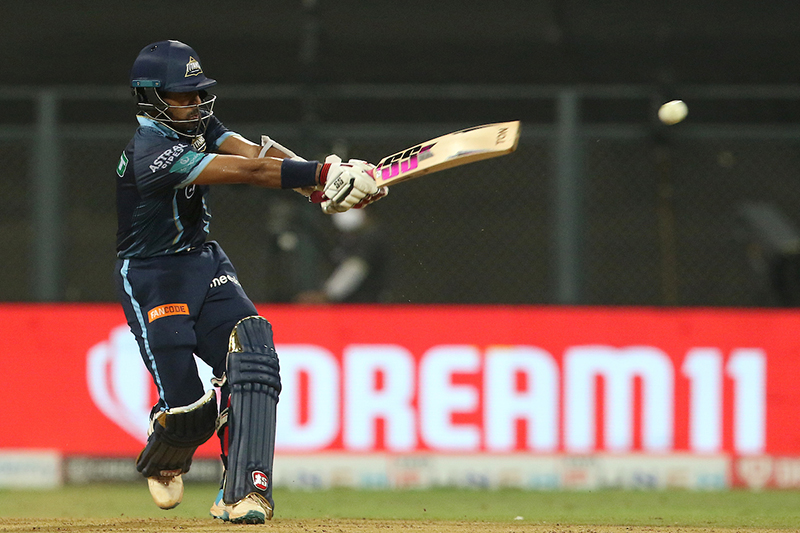 Mumbai/IBNS: A blistering 68 by wicketkeeper-batsman Wriddhiman Saha and a late heroics by Rahul Tewatia and Rashid Khan in the last overs powered Hardik Pandya's Gujarat Titans to defeat Sunrisers Hyderabad by five wickets in a last ball thriller in the Indian Premier League (IPL) on Wednesday night.

Saha slammed 68 off 38 balls before getting bowled out by a terrific pace ball by Umran Malik to keep Gujarat in the race to chase down the target of 196 set by Hyderabad.

Though Hyderabad were slowly gaining control in the match after Saha returned, Tewatia and a last over with big hits from Khan took Gujarat to 199/5 in 20 overs.

We witnessed an absolute thriller at the Wankhede and it's the @gujarat_titans who edged out #SRH to seal a last-ball win! 🙌 🙌

While Tewatia remained unbeaten at 40 off 21 balls, Khan, who hit the winning six in the last ball of the match, scored not out 31 of 11 balls.

Hyderabad were greatly benefitted in piling the score from a blistering cameo from Shashank Singh (unbeaten 25 off six balls).