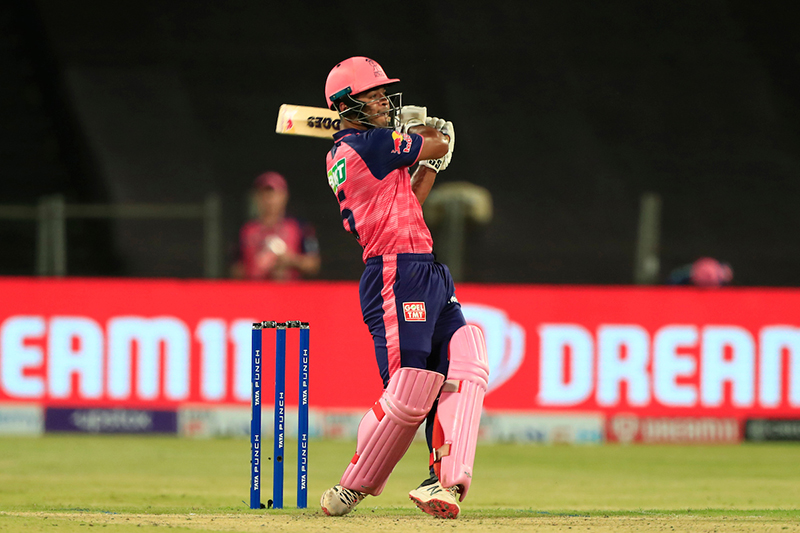 Pune/IBNS: A half century by Riyan Parag and bowlers anchored by Kuldeep Sen helped Rajasthan Royals to thrash Royal Challengers Bangalore in an Indian Premier League (IPL) by 29 runs on Tuesday.

Batting first, Rajasthan, who had an urgly start, were restricted to 144/8 in 20 overs.

After a dull top order batting, Riyan Parag slammed a half century (56 off 31) to help Rajasthan get to a respectable total.

Virat Kohli's off form seems to be far from over as the batting maestro ended up scoring only nine off 10 balls, failing to give an ideal start to Bangalore in the run chase.

When skipper Faf du Plessis (23 off 21 balls) and Glenn Maxwell followed Kohli to the dugout in two consecutive balls, Bangalore were reduced to 37/3  in 6.3 overs.

The south Indian franchise could never recover from the dismal start ending up to bowl out for 115 in 19.3 overs.

While Kuldeep Sen clinched four wickets for 20 runs in 3.3 overs for Rajasthan, veteran Ravichandran Ashwin scalped three to power his team to win.