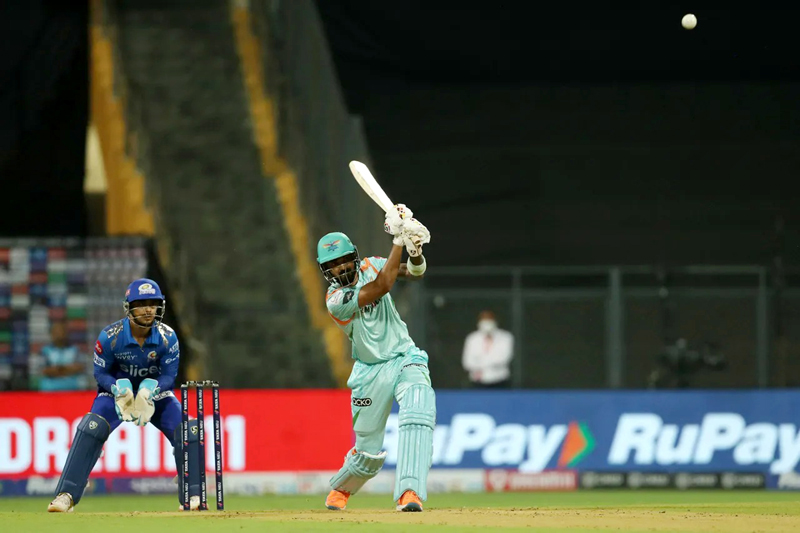 Mumbai dominated the powerplay, keeping Lucknow on the backfoot after putting them into bat.

However, the lone-warrior Rahul anchored the innings with 12 boundaries and four sixes to give his bowlers enough total to defend.

Besides Rahul, no other LSG batter could manage to cross the 30-run mark, thanks to brilliant bowling by Mumbai in the initial part of the match. Jasprit Bumrah struck early as he dismissed power-hitter Quinton de Kock for 10.

Manish Pandey joined his skipper but his stay was cut short as Kieron Pollard send him packing for 22.

Pollard, Daniel Sams, and Riley Meredith then rattled the middle order to ensure Rahul doesn't find support from the other end.

However, Rahul's equanimity took Lucknow out of the troubled waters before he cracked his second century against Mumbai this season.

The LSG skipper's ton came off 61 balls. For Mumbai, Pollard and Meredith picked two wickets each, while Bumrah and Sams got apiece.