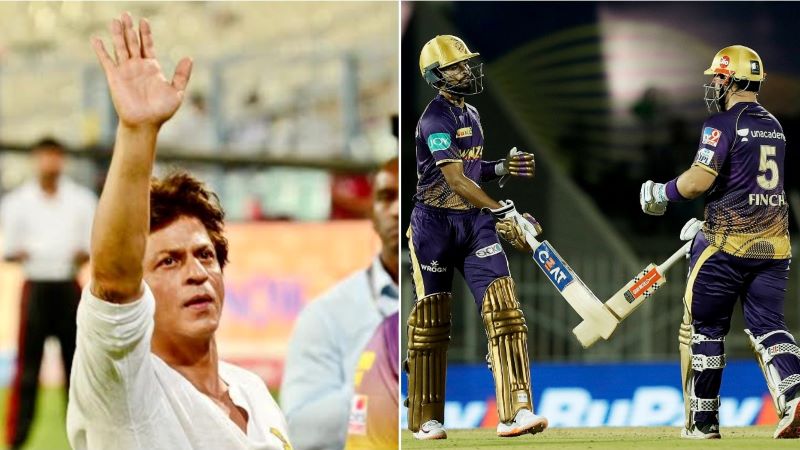 Keep your chins up: SRK after KKR show heroics even in defeat against RR

Mumbai/IBNS: Bollywood superstar and Kolkata Knight Riders co-owner Shah Rukh Khan has cheered his franchise after the team, who showed bravery in the run chase, were overpowered by Rajasthan Royals in the last over thriller in the Indian Premier League (IPL) here on Monday.

After Kolkata were defeated by seven runs in a high scoring match, Khan praised the knocks played by Shreyas Iyer, Aaron Finch and Umesh Yadav who fought till the end despite having a big target on the scoreboard.

"I know we lost but if we have to go down this is the only way to do it! Keep ur chins up…."

Well played boys. Stupendous effort by @ShreyasIyer15 @AaronFinch5 @y_umesh congrats to #SunilNarine for the 150th match & @Bazmccullum for that innings 15 yrs ago. I know we lost but if we have to go down this is the only way to do it! Keep ur chins up….

Chasing a mammoth target of 218, Kolkata lost Sunil Narine through a run out but other opener Aaron Finch and skipper Iyer set their team on the roll.

With counter attacks from both the ends, Kolkata were successful in the run chase with more than 10 runs per over, thanks to Aaron Finch and Iyer.

The 107-run partnership was broken in the ninth over when Finch fell a victim of former Knight Prasidh Krishna.

Before heading to the dugout, Finch slammed a blistering knock of 58 off just 28 balls.

Iyer carried on and dealt with boundaries to keep Kolkata in the race.

However, the middle order let down the Knights with minimum contributions putting Kolkata in a spot of bother.

Though Iyer was single handedly fighting for his team, Chahal's hattrick in the 17th over brought Rajasthan close to their victory.

Chahal picked Iyer, who was batting at 85 off 51 balls, followed by Shivam Mavi and Pat Cummins.

Just when Rajasthan were aiming to seal the deal, Kolkata countered back in the form of Umesh Yadav, who started to deal with boundaries.

Yadav's heroics of 21 off just nine balls went to vain as he along with his partner Sheldon Jackson were dismissed by Obed McCoy to reduce Kolkata to 210 all out in 19.4 overs.