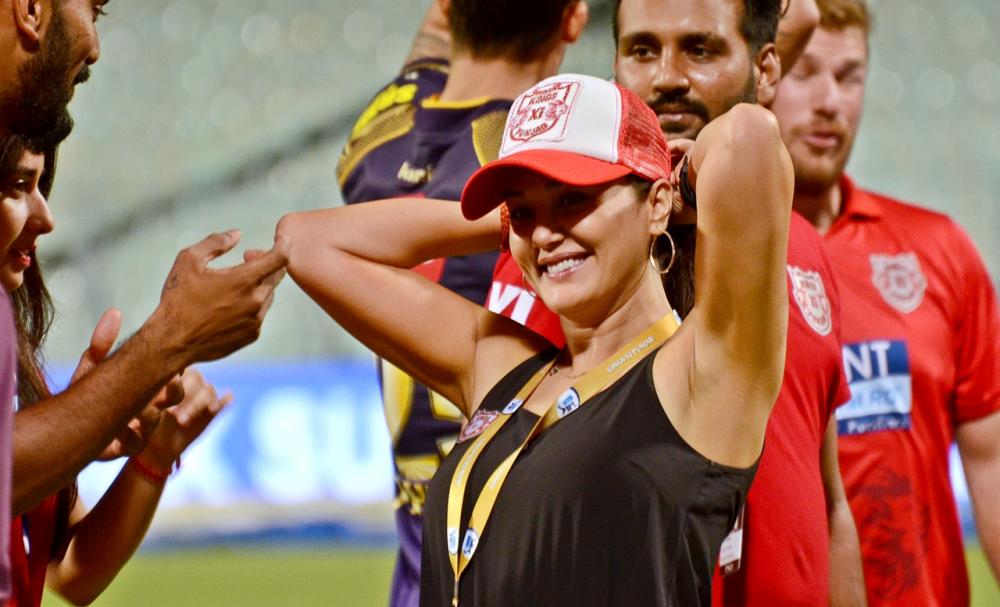 Zinta tweeted, "What a fantastic win tonight Keep it up boys. Looking forward to the rest of the games."

Power packed batting followed by bowling helped Punjab to defeat Mumbai by 12 runs denying the blue brigade their first win in the ongoing edition of IPL.

Chasing a target of 199, Mumbai, who are still searching their first victory, lost skipper Rohit Sharma and Ishan Kishan in the powerplay but the innings were steadied by Dewald Brevis (49 off 25 balls) and Tilak Varma (36 off 20 balls).

After Brevis and Varma were dismissed, the run chase was anchored by Suryakumar Yadav (43 off 30 balls) but his dismissal led Mumbai batting to collapse as Sharma's team ended up scoring 186/9 in 20 overs.

Though Punjab lost their way in the middle, the team were taken to the doorstep of 200 by wicketkeeper-batsman Jitesh Sharma's unbeaten 30 off 15 balls and Shahrukh Khan's 15 off six balls.