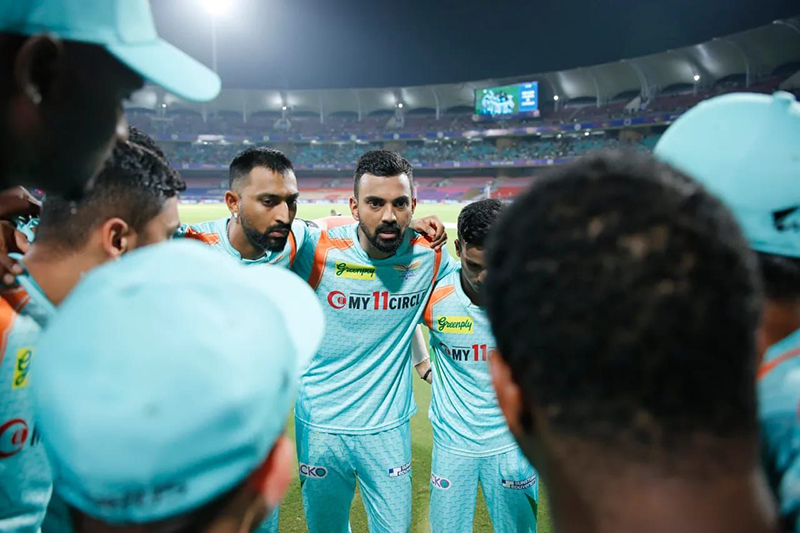 "He (Badoni) has held his nerve everytime he has gone into bat and he's delivered for us under pressure. Great learning for him, important for him to keep working hard and stay humble," he said in the post-match presentation ceremony.

Needing five runs to win in five balls, Badoni carved a boundary and a six in third and fourth ball to seal the match for his side, when tension reached acme in the final over due to the easy-paced wicket.

But, it was the heroics of opener Quinton de Kock who notched up a well-designed innings of 80 off 52 balls that saw Lucknow cross over the line, though Mustafizur Rahman and Shardul Thakur brought Delhi to life in 17th and 18th over.

Replying to a query, Rahul said the bowlers did a brilliant job, but they have to work in the powerplay.

Young Badoni finishes things off in style.@LucknowIPL win by 6 wickets and register their third win on the trot in #TATAIPL.

"We assessed things well after that and bowled better. Obviously, I would have loved the bowlers to assess things a bit earlier, but it was nice to see them discuss the lines, lengths and pace to bowl after the powerplay," he said.

On fielding first, Rahul said, "We can't make up a reason everytime. You don't know what to expect of the pitch.