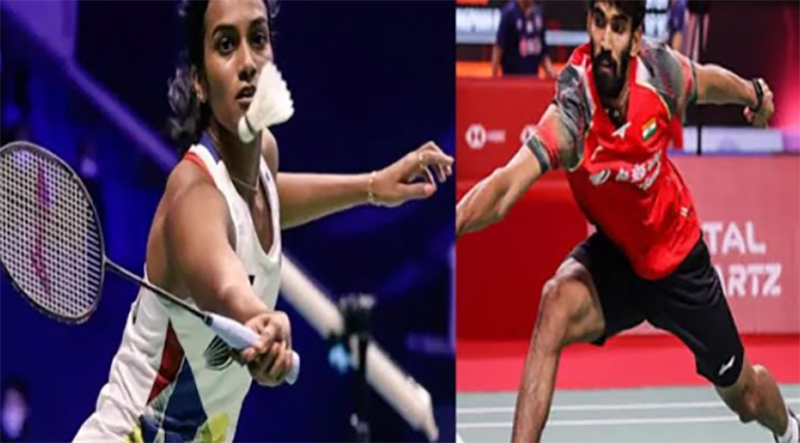 While Sindhu defeated Ohori of Japan 21-15, 21-10, Srikanth trounced Misha Israel's Zilberman 21-18, 21-6 to enter the last eight. In the quarterfinals, Sindhu will be up against familiar foe Busanan Ongbamrungphan of Thailand, whom she defeated in the Swiss Open final last month. Srikanth will play Son Wanho of South Korea to seal the semifinal spot.

All England open finalist Lakshya Sen, however, crashed out in Round-16 after losing 20-22, 9-21 to Hiren Rhustavito of Indonesia.

Youngster Malvika Bansod, meanwhile, went down to Thai opponent Pornpawee Chochuwong 8-21,14-21 in the second round of the women's singles.

The men's doubles team of Satwiksairaj Rankireddy and Chirag Shetty continued their winning run as they beat Singaporian Hee Yong Kai Terry and Loh Kean Hean 21-15, 21-19 to enter the last eight in the Super 500 tournament.