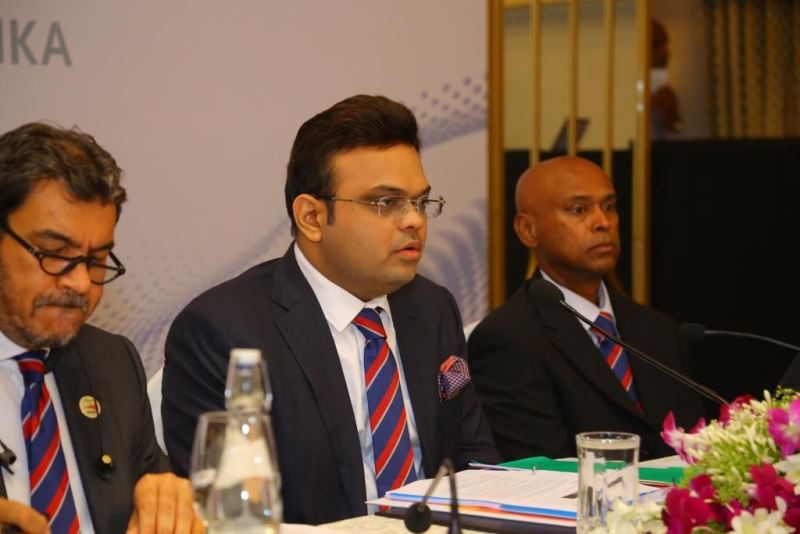 Indian cricket board (BCCI) secretary Jay Shah's term as the president of Asian Cricket Council (ACC) was on Saturday unanimously extended by a year to 2024.

The decision was taken at the ACC AGM in Colombo.

Shah had taken over the reins of the ACC last year in Jan 2021 from Nazmul Hassan, president, Bangladesh Cricket Board making him the youngest administrator to be re-appointed as the ACC President.

Addressing the AGM, Shah, said, "I would like to thank all of my esteemed colleagues at the ACC for reposing their faith in me and considering me worthy to carry on all the work we had begun. I humbly accept this honour and am committed to working hard with a view to organize, develop and promote our beloved sport of cricket in the region, aiding the ACC to steadily grow in stature.

"We remain committed towards ensuring the all-round development of cricket in the region, especially carrying forward the pioneering work in women’s cricket and the multiple grassroot tournaments the ACC conducts in the region around the year. The pandemic hopefully is behind us and I am keen that we adapt, innovate and help the ACC grow from strength to strength from hereon."

Shah’s extension as the ACC President for one year was proposed by Sri Lanka Cricket president Shammi Silva and the nomination was backed unanimously by all the members of the ACC.