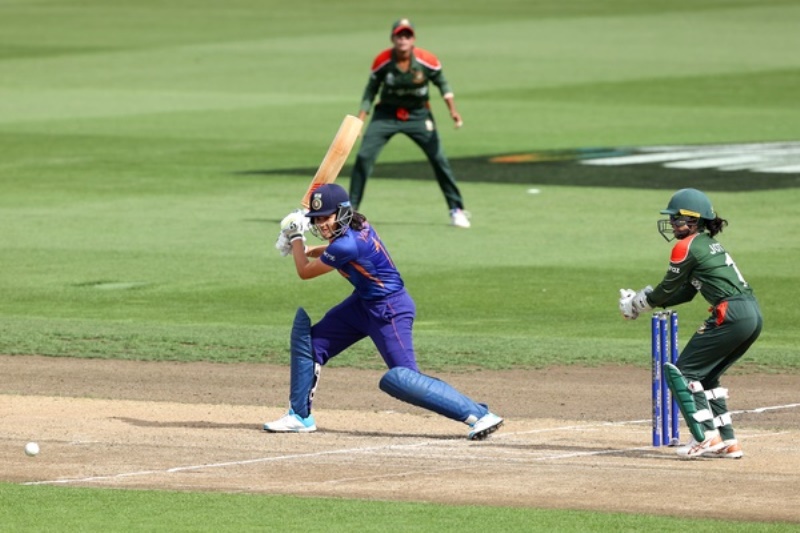 Hamilton/UNI: Yastika Bhatia's fifty dragged India to post 229/7 against Bangladesh in a league match of the ICC Women's Cricket World Cup at Seddon Park on Tuesday.

Shafali Verma (42) and Smriti Mandhana (30) got India off to a flying start, with the openers adding 74 together before the pendulum swung in Bangladesh's direction on the final ball of the 15th over.

Bangladesh bowlers picked up three wickets in five deliveries to slow down India, who elected to bat.

Ritu Moni then got in on the act in the next over.

While attempting to hit one out of the ground, Verma was stumped.

Bhatia along with Harmanpreet Kaur got into rebuilding, taking India over the 100-run mark.

The plan, however, was short-lived as Kaur (14) was run out at the non-striker's end.

Richa Ghosh and Bhatia then added 54 runs for the fifth wicket before Ghosh (26) was caught behind off the bowling of Aktar.