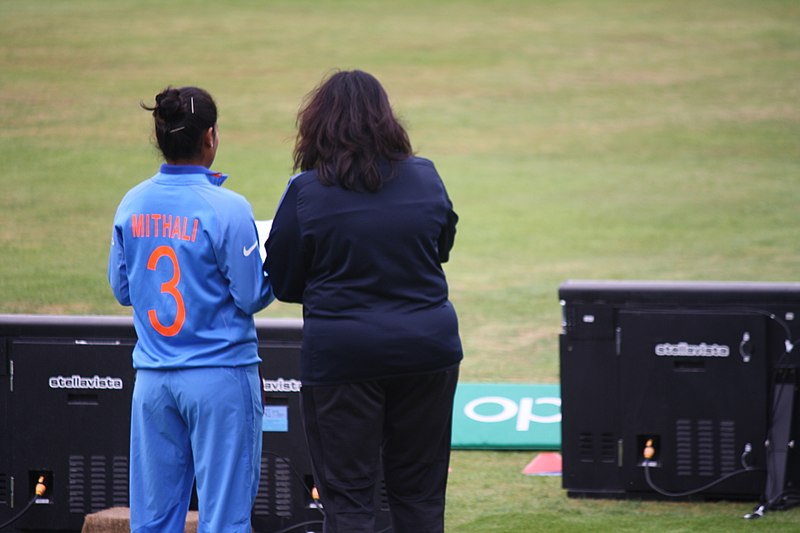 Tauranga: India crushed Pakistan by 107 runs in their opening match of the ICC Women's Cricket World Cup at the Bay Oval here on Sunday.

Pakistan had to reach their highest score ever if they had to record their first-ever World Cup win over India, but the women in blue gave them no room to create history.

Pooja Vastrakar and Sneh Rana's 122-run partnership for the seventh wicket powered India to post 244/7 after electing to bat.

In reply, Pakistan openers Sidra Ameen and Javeria Khan not only struggled to fire but consumed a lot of balls.

Rajeshwari Gayakwad struck in her first over as India drew first blood. Javeria (11) gave a straight catch to Jhulan Goswami at mid-on. Skipper Bismah Maroof, returning to international cricket after giving birth to a baby girl, looked rusty as she took her time in the middle.

However, her stay was cut short as she was caught behind. Omaima Sohail (5) followed her skipper back to dug out. Goswami struck twice, removing the opener Ameen (30) and star all-rounder Nida Dar (4).

Gayakwad returned only to dismiss the last recognised batter Aliya Riaz (11). With just one wicket left, Diana Baig and Anam Amin frustrated Indian bowlers for quite some time, adding 23 runs.

Pakistan eventually folded for 137 after Meghna Singh removed Baig for 24.

Earlier, India were on 114/6 when Vastrakar (67) walked out to join Rana (53 not out) in the middle. Vastrakar's strokeplay and responsible batting by Rana saw the pendulum swing back in India's direction.

Fatima Sana got the better of Vastrakar in the final over but it was too late as the damage was already done.

The Indian was welcomed with a standing ovation by her teammates in the dugout. Diana Baig's accuracy rattled Shafali Verma's (0) stumps. Smriti Mandhana and Deepti Sharma rebuild the innings after struggling for more than 10 overs in the middle.

The top-order batters added 92 runs. Nashra Sandhu got the much-needed breakthrough as she dismissed Deepti for 40. Soon, Anam Amin caught and bowled Mandhana for 52.

The dismissal of two set batters in quick succession led to a flurry of wickets, with star players Mithali Raj and Harmanpreet Kaur returning to dugout cheaply.