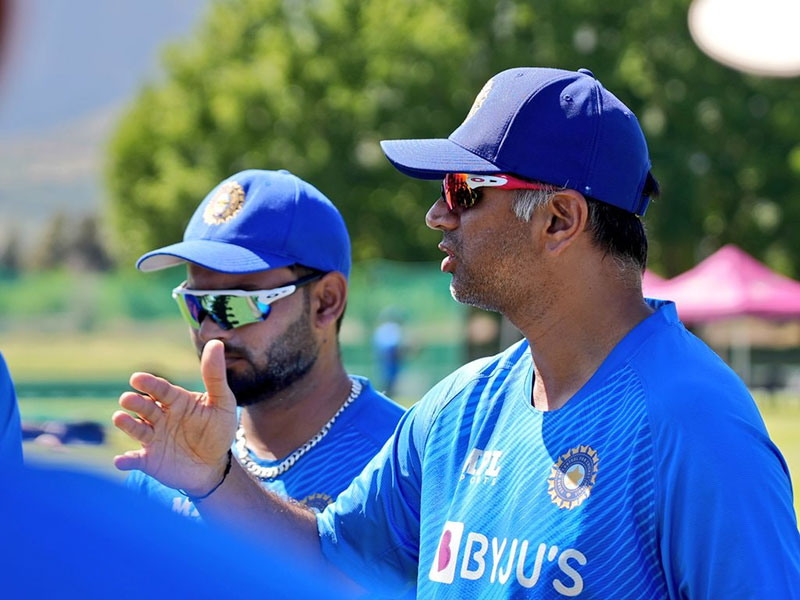 Kolkata/UNI: After being dropped from India Test squad for the upcoming two-game series against Sri Lanka, Wriddhiman Saha stated that he was told he wouldn't be considered and the head coach Rahul Dravid suggested him to retire.

Sticking to his conversation with Saha, the head coach said that the senior wicket-keeper "deserved honesty and clarity" as the management is looking to groom a younger gloveman with Rishabh Pant having established himself as the number one choice.

"I've deep respect for Wriddhi and his contribution to Indian cricket. My conversation came for that respect. I think he deserved honesty and clarity. I didn't want him to know about it from the media," Dravid said at a virtual press conference.

"I don't expect players to agree with me in all aspects but that doesn't mean you brush it under the carpet. I truly believe in having such hard conversations. I'm not hurt by it. It's natural for players to get upset and get hurt," he said.

"With Rishabh Pant having established as the number one keeper, we were looking to groom a younger keeper. The incident doesn't change my respect for Wriddhi," added Dravid.

The chief selector Chetan Sharma announced the India Test squad with Rohit Sharma as the new captain in the longest format on Feb 19.

India and Sri Lanka will play the first Test at Mohali from March 4 to 8, followed by the second at Bengaluru from Mar 12 to 16.