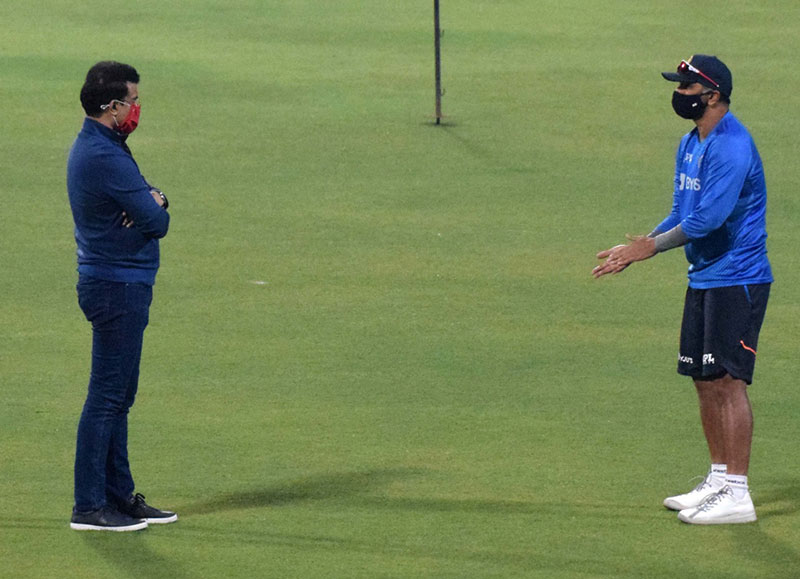 Ganguly-Dravid
(From L to R) Sourav Ganguly and Rahul Dravid

Kolkata/IBNS: From making debut together at Lord's to throwing Sri Lanka out of the 1999 World Cup through a mammoth partnership, Indian cricket board (BCCI) president Sourav Ganguly and Team India head coach Rahul Dravid came a long way down in their respective careers.

In 2022, Ganguly and Dravid met again, now at the iconic Eden Gardens here, but with their respective top duties.

While the southpaw is doing the top job in the Board of Control for Cricket in India (BCCI), Dravid is busy in shaping the Indian cricket on ground.

A day ago, the two legends were spotted interacting with each other maintaining a safe distance from one another following COVID-19 norms, ahead of India-West Indies first T20I, which will be played on Wednesday.

A tweet posted by BCCI reads, "When two legends of Indian Cricket met at the Eden Gardens."

After the tenure of former head coach Ravi Shastri ended, it was Ganguly who was instrumental in appointing Dravid to the top post in Team India.