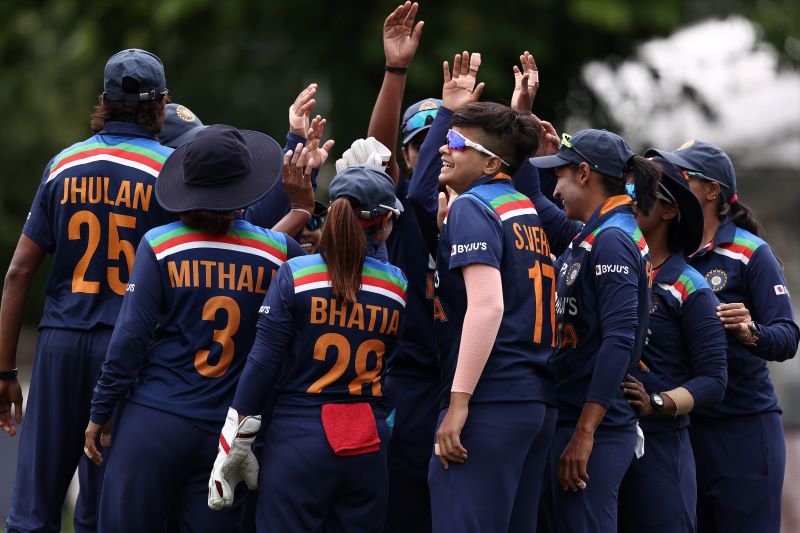 Queensland/UNI: India women suffered an 18-run defeat at the hands of New Zealand in the one-off T20I match at the John Davies Oval here on Wednesday.

Chasing 155, India openers Yastika Bhatia (26) and Shafali Verma (13) made a strong start to reach 41/0 in the seventh over, but the duo fell to Amelia Kerr in the space of just three balls to put the hosts firmly in control.

Skipper Harmanpreet Kaur (12) and impressive middle-order batter Sabbhineni Meghana (37 from 30 balls) tried hard to keep the visitors in the game, but the disciplined home side held their nerve to clinch victory in style.

Earlier put into bat first, New Zealand opening duo of Suzie Bates (36) and Sophie Devine (31) put on 60 for the opening wicket as New Zealand posted a total of 155/5.

Simran Bahadur (0/26) dropped Bates in the second over and the Kiwi opener made her pay as she found the boundary with ease to help the hosts score freely.

Devine fell for 31 in the eighth over and Bates was bowled by Rajeshwari Gayakwad (1/39) shortly after, the home side was reduced 80/2 in the 12th over.

All rounder Lea Tahuhu (27 off 14 balls) helped New Zealand to a big score. For India, Pooja Vastrakar was the only economical bowler with a figure of 2/16.