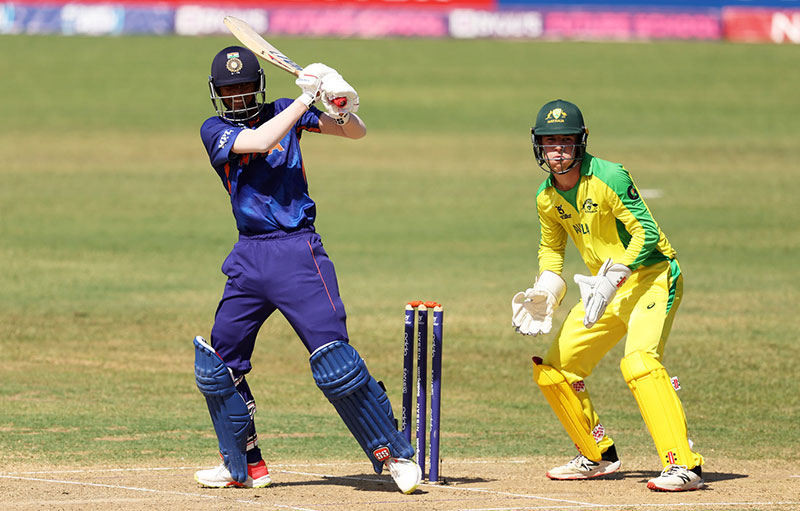 Antigua/UNI: Riding on captain Yash Dhull and his deputy Shaik Rasheed's 204-run stand for the third wicket followed by a clinical bowling, India knocked out Australia from the Under-19 World Cup to play the final against England.

This will be the fourth consecutive U-19 World Cup final for India and eighth overall.

Spinner Vicky Ostwal ran through the Australia middle-order when the Aussies were making attempts to put themselves back into chasing a mammoth 291 runs target set by India.

Campbell Kellaway (30) was the first of his victims, followed by William Salzmann (7) and Tobias Snell (4), which twirled the noose around Australian innings.

The middle-order collapse put tremendous pressure on Australia, as a run rate of 9 runs per over was too much of an ask when they needed 100 plus runs.

The Aussies lost by 96 runs.