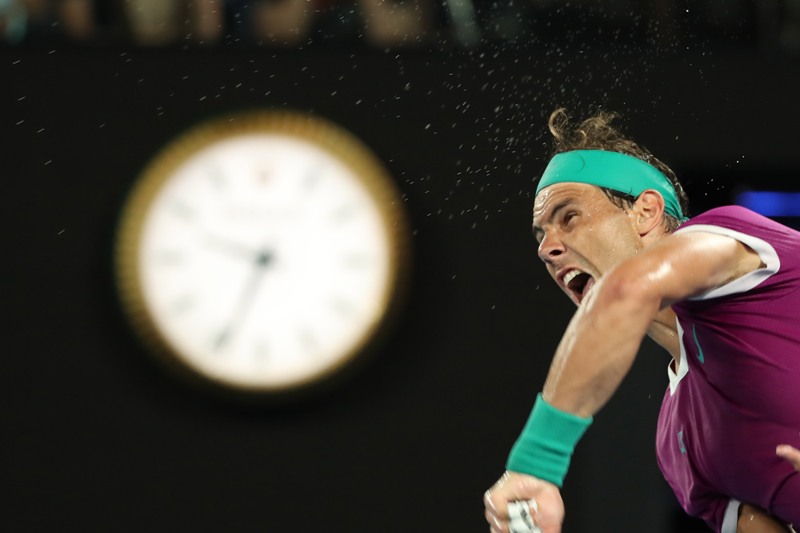 Melbourne: Spanish Tennis star Rafael Nadal put up a strong show to beat Daniil Medvedev in a five-set thriller to win the men's singles event of the Australian Open here on Sunday.

He set a new record by becoming the first man to clinch 21 major titles in his tennis career.

He is also the second man after Serbian Novak Djokovic to  win each Grand Slam at least twice in the Open Era.