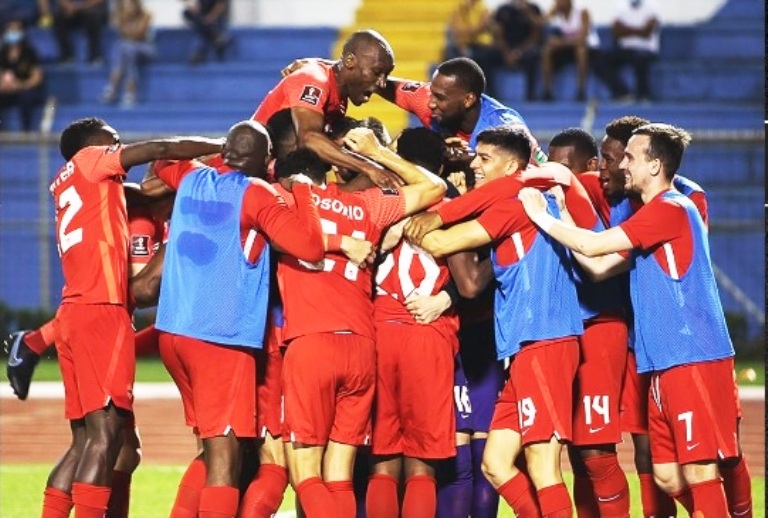 Ottawa/IBNS: Canada won the match 2-0 against Honduras during a qualifying soccer game for the FIFA World Cup Qatar 2022 in San Pedro Sula last night keeping the team on track to qualify for the World Cup since 1986.

22-year-old Jonathan David from Ottawa was congratulated by teammates after scoring their side's second goal against Honduras.

The Canadian men put on what coach John Herdman reportedly called a "professional performance" in a 2-0 victory over Honduras in CONCACAF World Cup qualifying play Thursday.

The 40th-ranked Canadians would be facing the Americans on Sunday at Hamilton's Tim Hortons Field, and El Salvador next Wednesday.