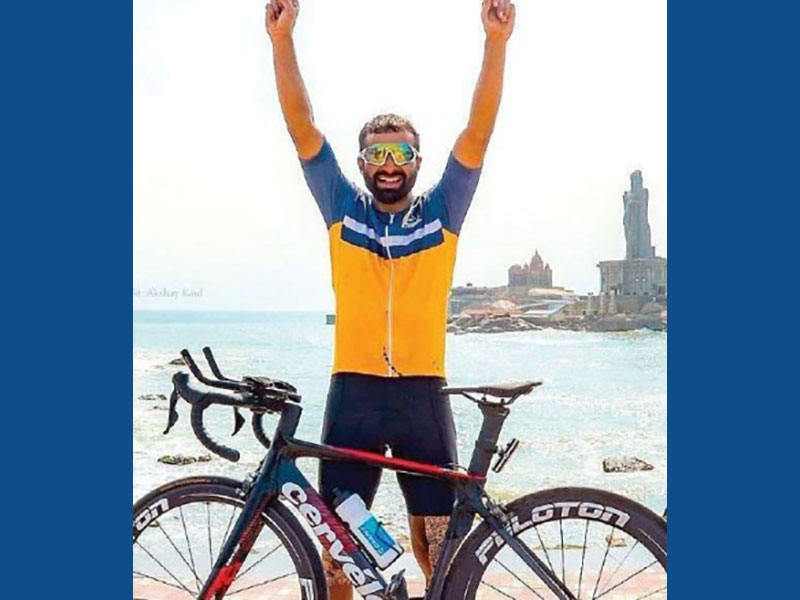 Srinagar/IBNS: The story of the fastest man to cycle non-stop from Kashmir to Kanyakumari, Adil Teli would be featured in an all-new season of 'OMG Yeh Mera India' on History TV18.

The eighth season of 'OMG Yeh Mera India' is going to premiere on Jan. 24, and it will feature new stories of extraordinary talent from all over India.

Kashmiri cyclist Adil Teli from Budgam district who covered the distance of 3,600 kilometers in the fastest time has been mentioned in the Guinness Book of World Records.

On March 30 last year, he completed the distance on cycle from Kashmir to Kanyakumari in eight days, 1 hour and 37 minutes.

Earlier, the record was held by Om Mahajan, a 17-year-old from Nashik, Maharashtra who had completed the distance in eight days, seven hours, and 38 minutes.

It will be the second time a Kashmiri sportsperson will feature in a hit TV show that highlights the unique talent in various parts of India.

Huzaifa Shah, a Kashmir trickshot artist had also been featured in the show.