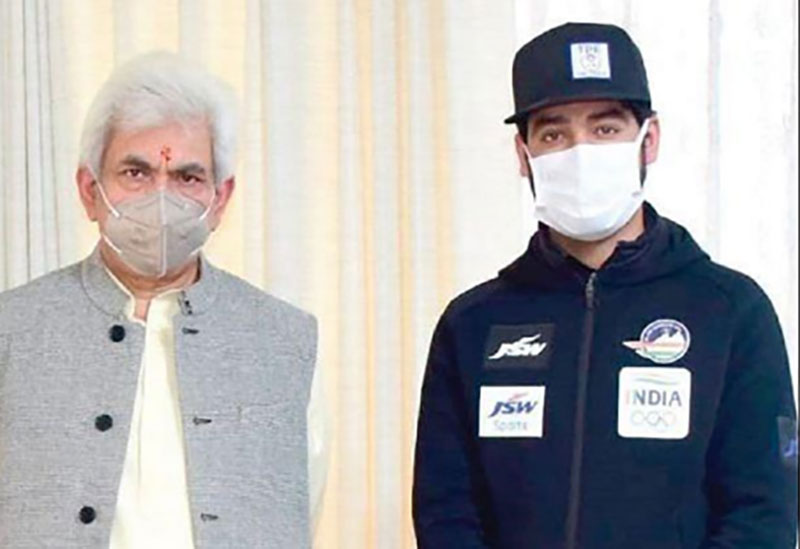 Arif Khan who hails from a small village of Goiwara in Hajibal, Tangmarg in the Kashmir valley has achieved the distinction of being India’s sole representative at the Beijing Winter Olympics.

He is also the first athlete from the country to win direct quota spots in two different Winter Olympics events.

The Lt Governor congratulated Arif for achieving a rare feat and extended his best wishes to the Winter Olympics qualifier.

“Entire nation is inspired by Arif’s dedication and sportsmanship. I urge everyone to support him. Wish him good luck and pray for his victory. Let’s bring home the gold,” the Lt Governor said.

The skier was accompanied by his mentor Zulfiqar Ahmed khan.