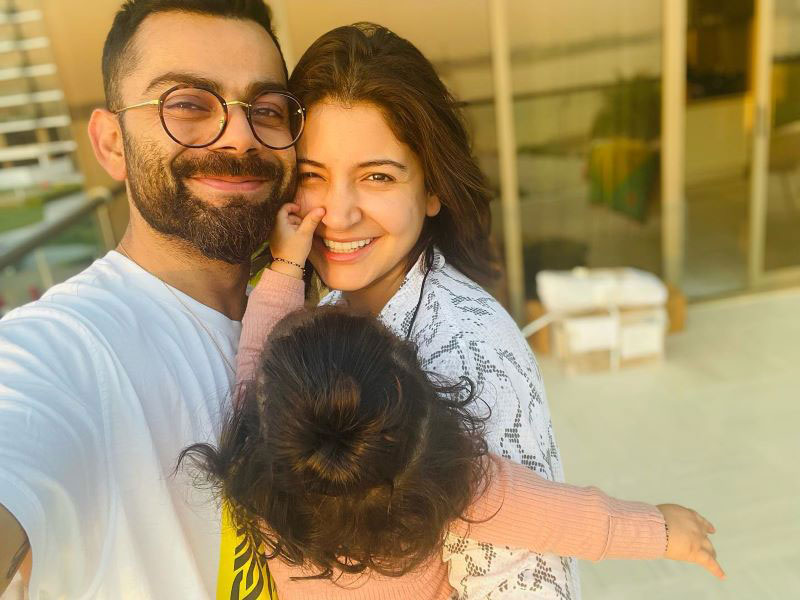 Former Indian cricket captain Virat Kohli and his actress-producer wife Anushka Sharma have once again sent out an open request to all to refrain from clicking or publishing their daughter Vamika's pictures, a day after the kid was seen on television screens during the India-South Africa third ODI.

After scoring a half century on Sunday, Kohli was seen pointing at the stands where Sharma was lauding her husband holding Vamika in her arms. 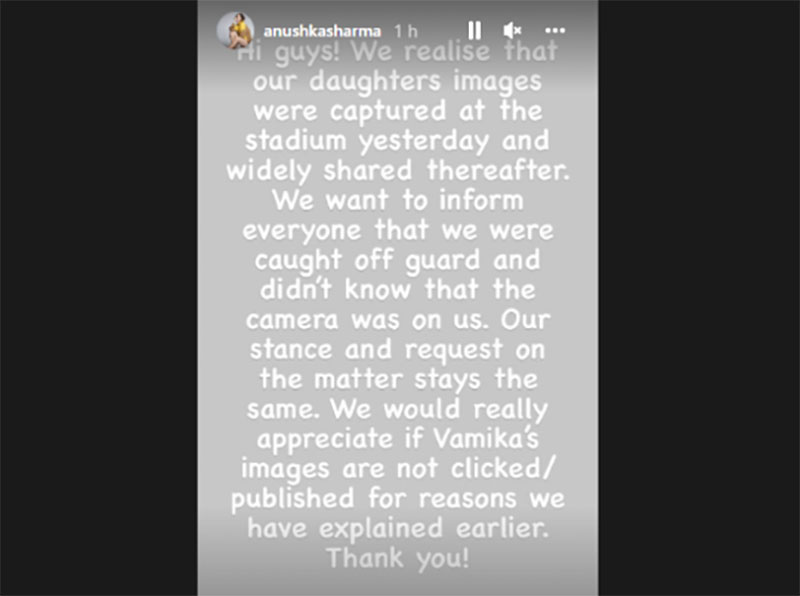 Issuing the same statement, the cricketer and his wife wrote on Instagram they were unaware that the camera was on them.

They wrote, "Hi guys! We realise that our daughter's images were captured at the stadium yesterday and widely shared thereafter. We want to inform everyone that we were caught off guard and didn't know that the camera was on us.

"Our stance and request on the matter stays the same. We would really appreciate (it) if Vamika's images are not clicked/published for reasons we have explained earlier. Thank you!"

Earlier, Kohli had requested media personnel to refrain from publishing Vamika's pictures as the couple wants the kid to be away from social media.