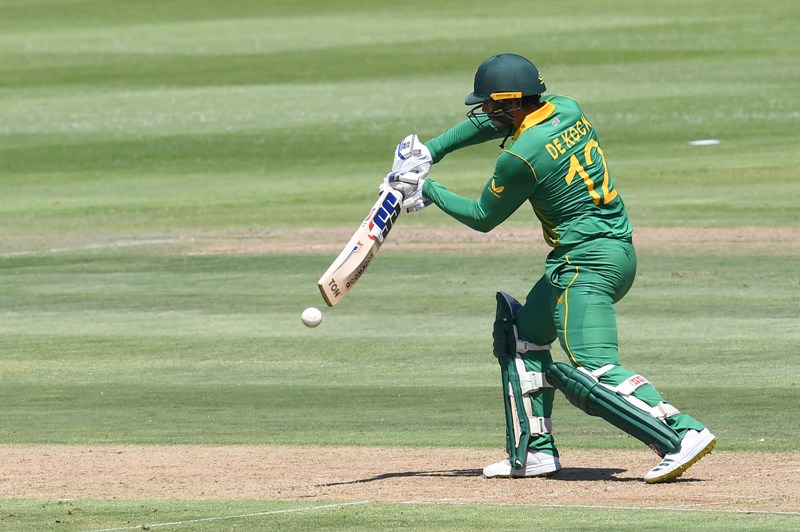 Cape Town: Deepak Chahar's 34-ball 54 was completely wasted as South Africa bowled out India to beat the visitors by four runs to clinch the last match and series 3-0 here on Sunday.

After posting 287 runs, South African bowlers maintained a strict performance with the ball and managed to bowl out the South Asian side for 283 runs.

Shikhar Dhawan  (61) and Virat Kohli (65) scored half-centuries to give India a pace but South African bowlers picked up wickets at regular intervals to give a jolt to the opponent.

However,  Deepak Chahar  had managed to take India close to victory when South African pacers showed their ability to bring the match under control.

Ngidi, despite giving away runs in the previous over, picked up Deepak's wicket to end India's hope.

Quinton de Kock's brilliant knock of 124 powered South Africa to post 287 against India in the third and final One-Day International match here at Newlands on Sunday.

The hosts South Africa suffered two early blows after being put into bat. Deepak Chahar, who wasn't picked in the first two matches, struck for India in his second over. 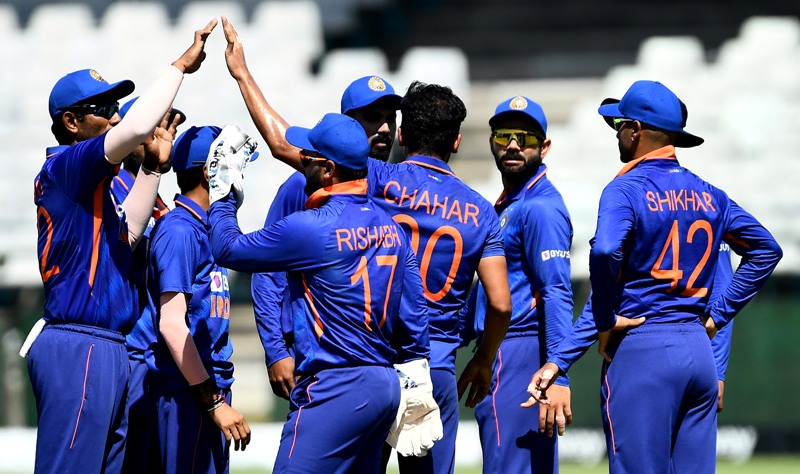 Janneman Malan (1) got the outside edge and wicket-keeper Rishabh Pant caught him. But Quinton de Kock took the revenge by smashing two boundaries in that over.

India then got the big wicket of South Africa skipper Temba Bavuma, who was run out for eight.

Bavuma looked for a quick run but a direct hit from India captain KL Rahul sent Bavuma back to the dug out. By the end of powerplay, South Africa were on 53/2.

Chahar was on fire as he bagged his second wicket, removing Aiden Markram (15).

The right-hander looked good at the crease but ended up holing out to substitute fielder Ruturaj Gaekwad at deep square leg.

The duo gained momentum and de Kock brought up his second consecutive fifty in the series and overall 28th in the format.

In no time, the wicketkeeper-batter moved into the 90s with two boundaries and a maximum off Yuzvendra Chahal. De Kock raised his bat to celebrate his 17th ODI century.

The duo marshalled the innings beautifully on the back of some drop catches by Indian fielders and van der Dussen registered his half-century off 53 balls.

It was Jasprit Bumrah who finally got the much-needed breakthrough as he got the better of de Kock (124 off 130 balls), who tried to clear the fence but ended up giving a catch to Shikhar Dhawan in the deep.

Van der Dussen, who was yet to be dismissed in this series, was finally sent back to the dug out by Chahal for 52.

The South African went for a sweep but the ball went high towards the leg side and Shreyas Iyer ran to his right from deep midwicket to get his hands on the ball.