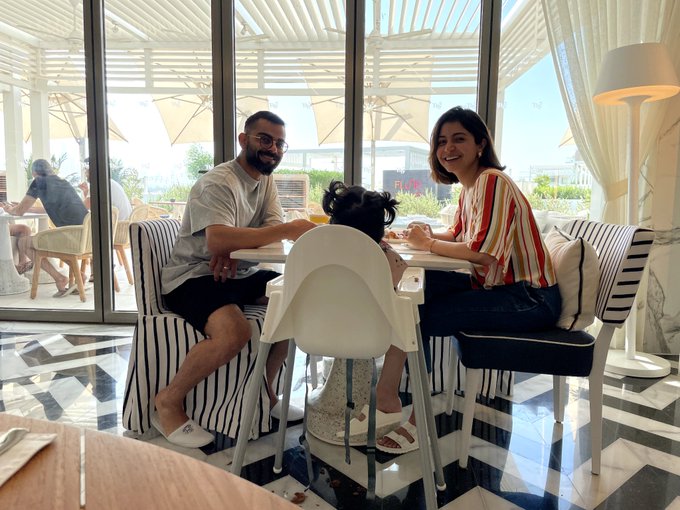 Moments after bringing up his fifty, Kohli turned to dedicate the knock to his daughter who was seen for the first time on live television.

Anushka with Vamika in her arms were seen clapping and celebrating Kohli's overall 64th ODI half-century in the third and final match at Newlands.