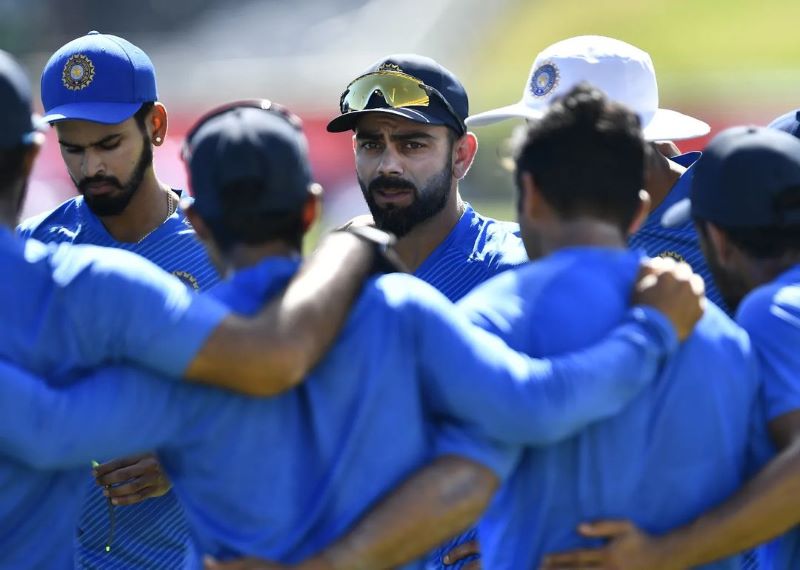 India set a target of 212 for South Africa in the third and series-deciding Test, which the latter chased down comfortably with seven wickets in hand on Day 4 at Newlands here.

"Batting has let us down in the last two matches. There is no running away from that," said Kohli at the virtual press conference.

"Obviously, we're disappointed. That's a natural part of sport. There is no room for ifs and buts in sport.

"When one moment passes there's no point in thinking about it. It's just that they'd a chasable total in the third Test," he added.

On Day 3, India found themselves in a tricky period after both experienced campaigners Cheteshwar Pujara and Ajinkya Rahane had yet another bad day at office.

Kohli and Rishabh Pant (100 not out) steadied the innings and built a solid 94-run partnership. But after the dismissal of Kohli (29), the lower middle-order too failed to add crucial runs.

When asked how many chances will the team give to Pujara and Rahane, the India skipper said, "That's not for me to discuss. This is not my job, it is the selectors' job."

"We have continued to support our players. They have contributed in the past and been part of important partnerships."

"Look batting includes lower middle-order, till no.7 or 8 as well. It's a collective responsibility to contribute with bat," he added.

A number of Indian players, including Kohli, had directed anger at the broadcaster after DRS saved South Africa captain Dean Elgar on Thursday.

The incident happened in the 21st over of the final innings when Ravichandran Ashwin and his teammates got charged up, thinking they had the big fish Elgar out leg-before as the on-field umpire signaled out.

However, Elgar immediately reviewed it. The ball tracking went in favour of the hosts as it showed the ball would have gone over the stumps.

Although it looked plumb on the first instance, the South African skipper survived.

Kohli walked up to the stumps, and spoke into the mic, saying, "Focus on your team while they shine the ball. Not just the opposition. Trying to catch people all the time."

Vice-captain KL Rahul and Ashwin too were heard afterwards. When asked about it, Kohli said, "I've no comments to make on it."

"The reality of the situation is we didn't apply enough pressure on them. I'm not interested in making a controversy out of it," he signed off.