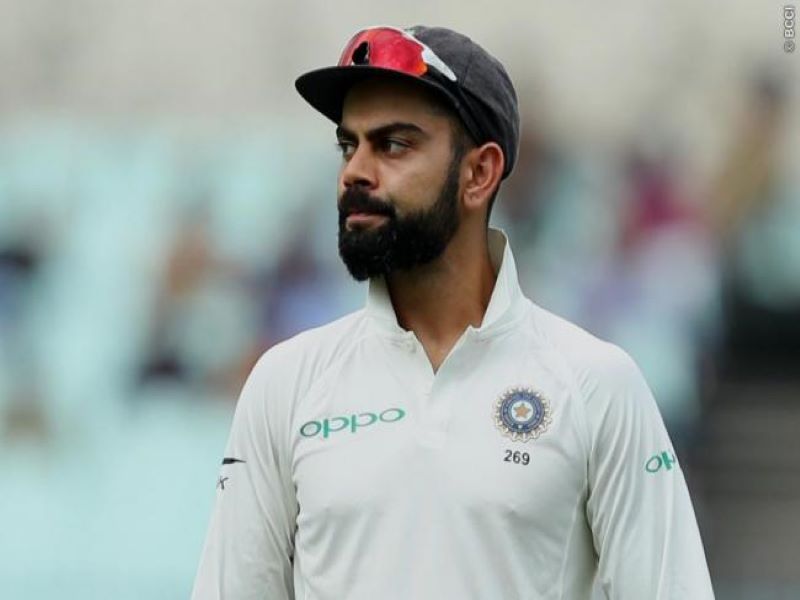 Gambhir slams Kohli for stump mic reaction, netizens remind him of his own acts

Former Indian cricketer Gautam Gambhir was counter-attacked by a section of netizens after he slammed Team India Test captain Virat Kohli for his act of voicing his anger over a review through a stump microphone.

Kohli, his deputy KL Rahul and senior allrounder Ravichandran Ashwin slammed the Supersport broadcasters after a review call saved South African skipper Dean Elgar, who was given out by on-field umpire Even Erasmus, in the third Test on Thursday.

Elgar was given LBW out off Ashwin's delivery by Erasmus but the atmosphere got heated up after the batsman took the review.

When the umpire's decision was challenged, it was found that Ashwin's ball hit Elgar's pads but was missing the stumps.

Hence, Erasmus was made to overturn the decision giving Elgar the chance to carry on with his batting.

Soon, Kohli headed to one of the stump mics and slammed the broadcasters saying, "Focus on your team as well when they shine the ball, not just the Opposition."

The skipper was followed by other mates who too slammed the broadcasters.

Reacting to the incident, Gambhir, who was also known for his on-field aggression, told Star Sports, "This is really bad. What Kohli did, going near the stump mic and reacting in that manner, that is really immature. This is not what you expect from an international captain, from an Indian captain. Then technology isn't in your hand.

"No matter what you say, stuff like he plays with his heart on his sleeve, this reaction was an exaggerated one and you can't be a role model in this manner. No budding cricketers would want to see this kind of a reaction, especially from the Indian captain.

"No matter the result in this Test match, this is not what you expect from a Test captain who has led the team for so long. I hope Rahul Dravid has a word with him, because the type of captain Dravid was, he would have never reacted in this manner," the southpaw added.

One of the Twitterati shared a clip of a 2008 India-Australia match where Gambhir was seen elbowing Shane Watson leaving him to get suspended for a match.

The Person Doing This Act On Field Is Criticizing Virat Kohli For Expressing His Anger On The Stump Mic; Wah Gambhir Ji Wah! #INDvsSA pic.twitter.com/n9Vti4RuyP

Another Twitter user shared a number of pictures where former cricketers including Gambhir were spotted engaged in heated arguments on field on various occasions.

But according to Gautam Gambhir Virat Kohli doesn’t deserve to be a role model. pic.twitter.com/8SnSv3Ok7K

Another user said, "Gambhir criticizing Virat Kohli for that stare at stumps, what's wrong in that? Haven't he saw how Dean Elgar, Rassie & Jansen behaved with Indian Players throughout the series especially in 2nd test? Should back our players than speaking shit."

Gambhir criticizing Virat Kohli for that stare at stumps, what's wrong in that? Haven't he saw how Dean Elgar, Rassie & Jansen behaved with Indian Players throughout the series especially in 2nd test? Should back our players than speaking shit 👍 #INDvsSA