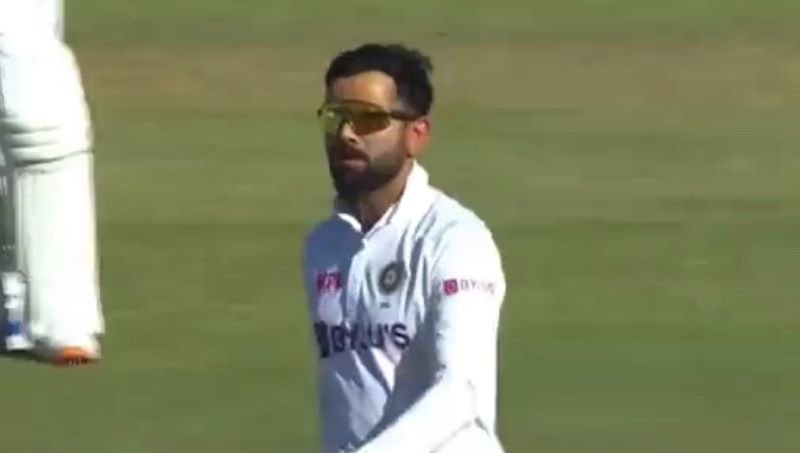 Cape Town/IBNS: Indian captain Virat Kohli, his deputy KL Rahul and senior allrounder Ravichandran Ashwin slammed the Supersport broadcasters after a review call saved South African skipper Dean Elgar, who was given out by on-field umpire Even Erasmus, in the third Test on Thursday.

Elgar was given LBW out off Ashwin's delivery by Erasmus but the atmosphere got heated up after the batsman took the review.

When the umpire's decision was challenged, it was found that Ashwin's ball hit Elgar's pads but was missing the stumps.

Hence, Erasmus was made to overturn the decision giving Elgar the chance to carry on with his batting.

Soon, Kohli was found heading to one of the stump mics and slamming the broadcasters saying, "Focus on your team as well when they shine the ball, not just the Opposition."

The skipper was followed by Rahul who said, "The whole country is playing against the eleven guys."

Ashwin, who was also visibly angry, accused the broadcaster of foul play saying, "You should find better ways to win Supersport."

Not just the players, even Eramus while overturning his decision said, "That's impossible. Huh. That is impossible."

However, India by the end of the day managed to send Elgar back to the pavilion.

The South African skipper was dismissed by India's premier pace bowler Jasprit Bumrah, who sent him back for 30.