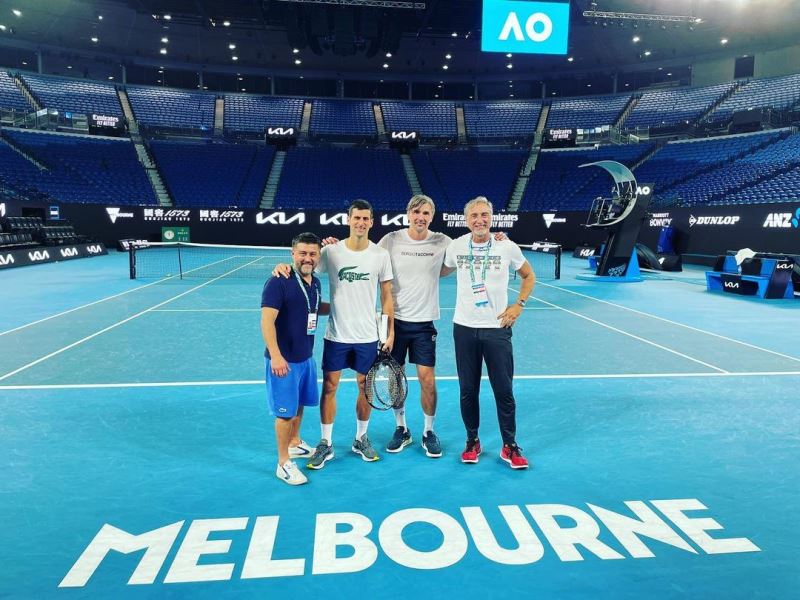 Top tennis player Novak Djokovic said he was "pleased and grateful" that an Australia court overturned the order of cancelling his visa, fuelling the 34-year-old Serbian sportsman's ambition to win the 21st Grand Slam title in the upcoming Australian Open.

Hours after his detention by the Australian Border Force was lifted by the court, Djokovic returned to his playing court and tweeted, "I’m pleased and grateful that the Judge overturned my visa cancellation. Despite all that has happened,I want to stay and try to compete @AustralianOpen I remain focused on that. I flew here to play at one of the most important events we have in front of the amazing fans."

"For now I cannot say more but THANK YOU all for standing with me through all this and encouraging me to stay strong."

The top seed was detained at the airport last week after he arrived in the country to play the Australia Open which begins in a week's time.

The Australian Border Force had claimed Djokovic's visa was cancelled after he failed to provide appropriate evidence for meeting the entry requirements to play the major tennis event amid the coronavirus pandemic.

Reportedly, Djokovic had travelled to Australia after receiving medical exemptions from the strict requirements to enter into the country.

Media reported that the nine-time Australian Open champion had applied for a wrong type of visa for a person flying to Australia with a medical exemption.