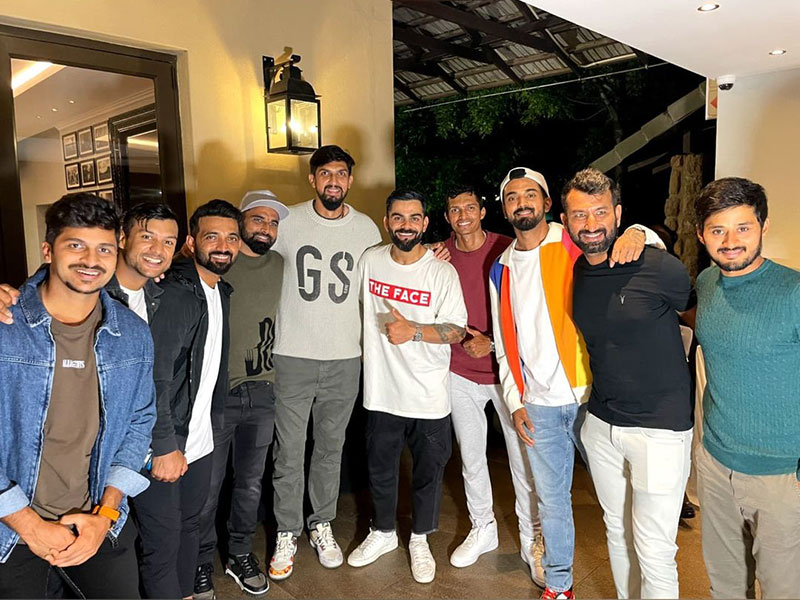 The New Year celebrations couldn't get better for Indian Test cricket captain Virat Kohli, whose side started off their South African venture with a memorable victory at Centurion.

Kohli shared a number of pictures in an Instagram post where he is seen celebrating the New Year not only with her film actress-producer wife Anushka Sharma but his team too.

In the second picture, Kohli is seen with his colleagues including senior cricketers like Cheteshwar Pujara, Ajinkya Rahane, Ishant Sharma.

The third and last picture is more of a groufie, as it is said in modern terms, where even Indian head coach and cricket legend, Rahul Dravid, was spotted.

The two sides will also play a One Day International (ODI) and T20 series.