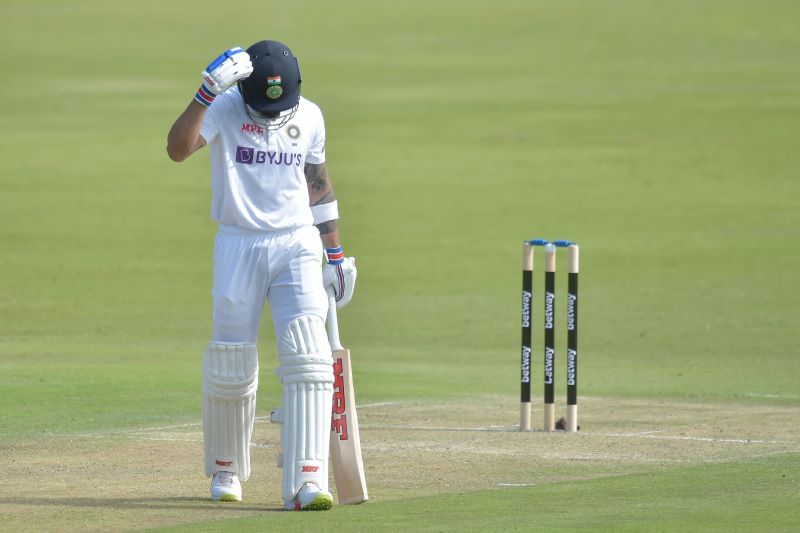 Virat Kohli
Kohli on way back to pavilion after his dismissal in Centurion on Wednesday | Image Credit: UNI

Kohli had slammed a century last time in the Pink Ball Test against Bangladesh at Eden Gardens in Kolkata in late 2019.

Succeeding the widespread controversy over the BCCI's decision to sack him as the One Day International (ODI) skipper, all eyes were on Kohli, who failed to shine as a batter in the first Test against South Africa.

After getting out for 35 in the first innings, Kohli on Wednesday could score just 18 off 32 balls in the second innings where he slammed four boundaries.

"Any interval, even if it's a short four-minute drinks interval, after that you've still got to reset your batting. Kohli is such an experienced batsman but maybe at the back of his mind, he is looking to get quick runs, so that the declaration can be done," he added.

"Have a look, how far away that ball is. He could have left it well alone, first ball after lunch," the batting great said watching the replay of Kohli's dismissal.

However, Kohli's poor performance did not hurt India as the tourists set a 305-run target for South Africa to win the contest.