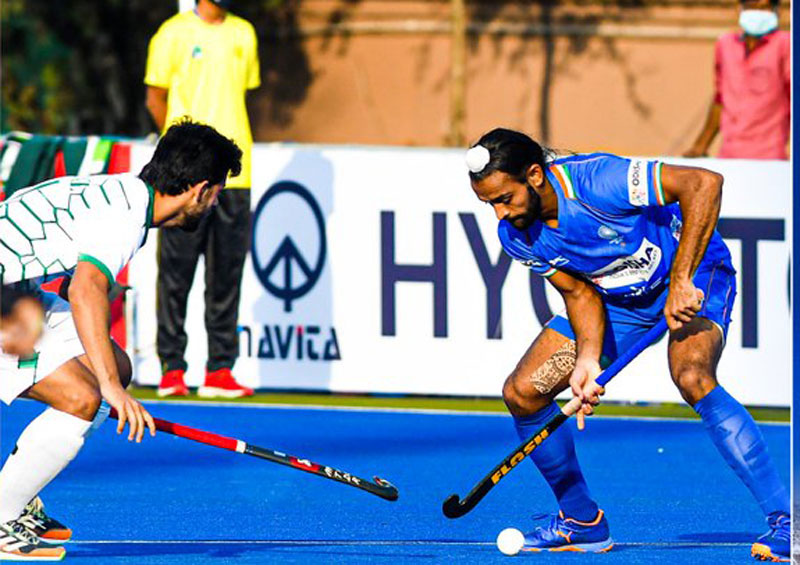 Dhaka: Vice-captain Harmanpreet Singh scored twice as India defeated Pakistan by 3-1 margin to nearly ensure a seat in the semi-finals of the Asian Champions Trophy men's hockey tournament in Dhaka on Friday.

The other Indian goal was scored by Akashdeep Singh in the 42nd minute.

Pakistan's only goal was scored by Junaid Manzoor.