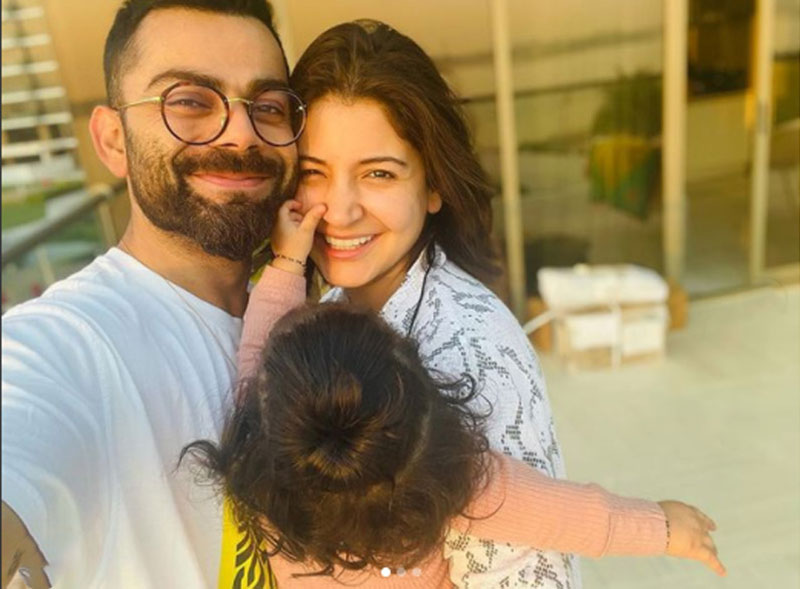 Kohli, who recently led India to a Test series victory against New Zealand on the home turf, wrote on Instagram: " 4 Years of you handling my silly jokes and my laziness 🤪. 4 years of you accepting me for who Iam everyday and loving me regardless of how annoying I can be. 4 years of the greatest blessing god could’ve showered on us."

" 4 years of being married to The most honest, loving, brave woman and the one who inspired me to stand by the right thing even when the whole world could be against you. 4 years of being married to YOU. You complete me in every way, I’ll always love you with all that I have and more ❤️. This day is more special as its our first anniversary as a family and life is complete with this little munchkin,' Kohli wrote.

Kohli and Anushka married in 2017.

The couple had a memorable marriage in Italy's Lake Como.

However, 2021 remained a special year for them as they welcomed their baby girl Vamika in January.

He was also removed as the skipper of the ODI team as Rohit Sharma was replaced as the captain for the upcoming South Africa tour.

Rohit already won the T20 series against New Zealand after Virat stepped down.

Kohli, however, will be captaining the Indian Test team.